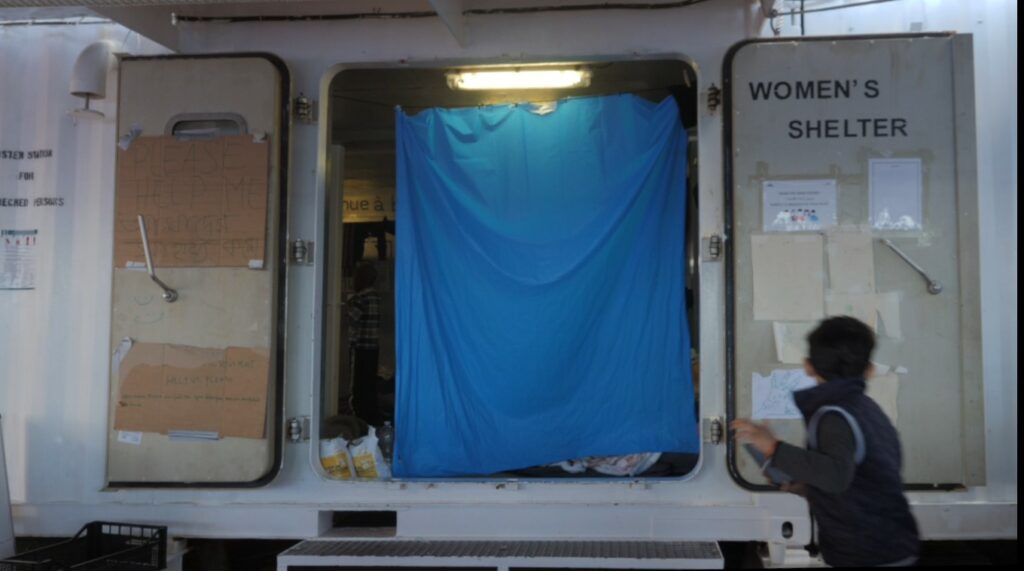 On her first mission on Ocean Viking, the professional videographer Camille Martin Juan documented the rescues of 234 people found in distress on six separate unseaworthy, overcrowded rubber and wooden boats between 22 and 26 October. Facing a critical blockage in the designation of a Place of Safety, they lived together, at sea, for up to three weeks before disembarking. Testimony.

“Tuesday November 8th, 1.45pm, in front of the women shelter. It is the place where the women and children rescued by Ocean Viking sleep, eat, socialize, and find a safe place while waiting for a safe port to disembark. Sometimes some of them sit on the doorstep, they talk, braid their hair, and watch time pass by. But today, as many other days, no one is here, and time seems to freeze. Contrary to the children, a lot of the women never got out of this shelter. Still now, 18 days after the first rescue. Their absence is stronger than any words, any other image, to talk about their state of mind and all the things they have been through before their rescue.

But time is not still, the movements of the ship and the wind in the blue tarpaulin reminds us that it is actually very slow. Suddenly, a kid passing by reminds us that life is still here, no matter what. The other one that can be seen in the shelter gives us a glance of what could happen inside. The voices in the background tell us that even if we do not see things, it does not mean that they are not here. The tarpaulin is still moving in the wind, time is moving slowly.