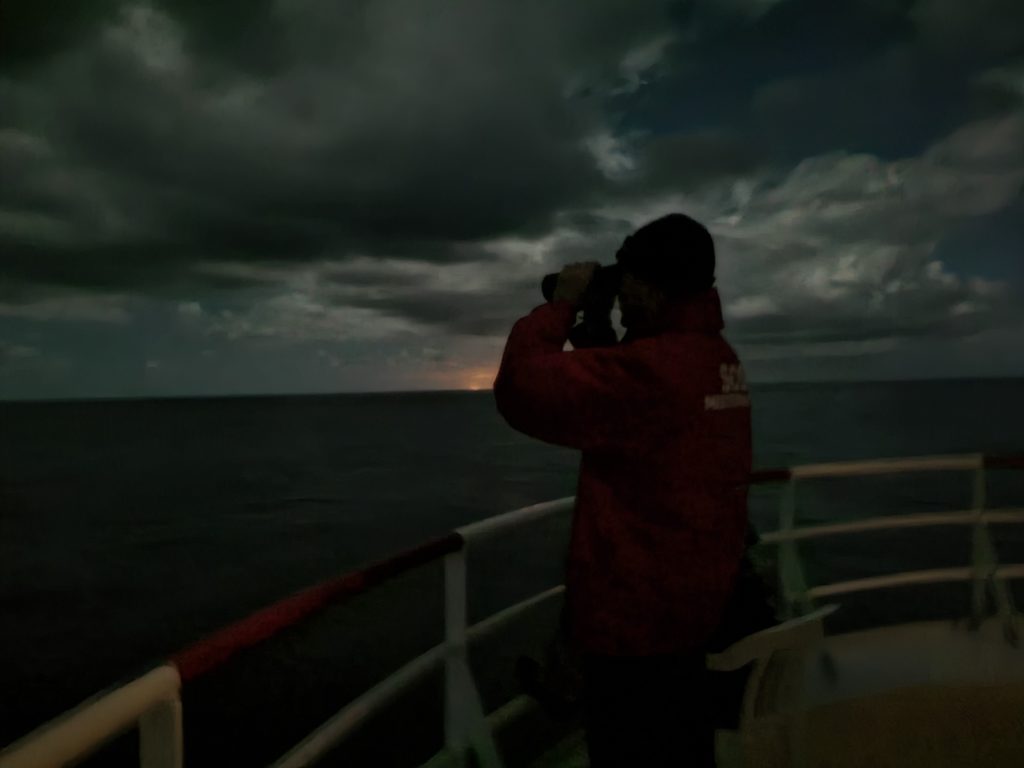 [20.01. – 02.02.22] The following publication by SOS MEDITERRANEE intends to shed light on events which unfolded in the central Mediterranean in the past two weeks. It is not intended to be exhaustive, but rather to provide a general update on maritime search-and-rescue-related matters occurring in the area we have been operating in since 2016, based on public reports by different NGOs, international organisations and the international press.

Hundreds of people rescued from distress at sea in January

More than 800 men, women and children were rescued from distress at sea in challenging weather conditions by humanitarian rescue ships within just over a week in January.

The crew on MSF’s Geo Barents rescued 439 survivors in six rescue operations over the course of two days between January 19 and 21. After more than a week of waiting, the ship was assigned the port of Augusta, Italy, to disembark the survivors.

62 people were rescued by the Louise Michel on January 19. Earlier that same day, the crew on board had witnessed an interception by the Libyan Coast Guard. After several days of waiting in difficult weather conditions and two medical evacuations of pregnant women along with their respective partners, the Louise Michel was granted permission to disembark the remaining 58 survivors in Lampedusa.

Mediterranea’s Mare Jonio was engaged in two rescue operations between January 19 and 20. The team onboard rescued 208 people. After the medical evacuation of a critical case, the Mare Jonio was eventually instructed to disembark the survivors in Pozzallo, Italy. Due to difficult weather conditions, the transit to Pozzallo was deemed too risky by the captain. 142 survivors were therefore allowed to disembark in Lampedusa via Italian coastguard patrol boats, while the remaining 70 survivors disembarked in Pozzallo.

On January 21, the Italian coastguard rescued more than 300 people from an overcrowded wooden boat in challenging conditions off Lampedusa, Reuters reported.

In late January, Italian newspaper Avvenire reported that a legal case against Mediterranea and team members of Mare Jonio was closed, with the judge of the Sicilian province of Agrigento stating that no specific license is required to legally rescue people from distress at sea and confirming that the organisation rightly refused to hand survivors over to the Libyan coastguard, as Libya cannot be considered a place of safety.

In the first month of 2022, at least 82 people perished in the central Mediterranean

Almost 50 people have been reported dead or missing in two shipwrecks in January.

21 people were rescued by the Tunisian authorities after a shipwreck off Sfax, Tunisia, on January 20. According to the survivors, there were at least 32 people on board. Four bodies were recovered, seven casualties remain missing, according to i24 News.

On January 27, a boat carrying about 70 people sank off the coast of Zarzis, Tunisia, near the Libyan border. 34 people were rescued, six drowned and at least 30 missing, Arab News reported.

Seven people died from hypothermia on a boat carrying approximately 280 people, mainly from Bangladesh and Egypt. The Italian coastguard located the vessel off the coast of Lampione, near Lampedusa, and performed the rescue, Reuters reported.

According to the International Organisation for Migration, 1.476 people were intercepted by the Libyan coastguard and forcibly returned in the past two weeks.

January 31 marked the 5th anniversary of the cooperation agreement between the EU and Libya. With financial support, equipment and training provided by the EU, the Libyan Coastguard has since intercepted more than 82000 men, women and children, many of whom were returned to horrific conditions in arbitrary detention in Libya, as Amnesty International reported and survivors have been telling our team on the Ocean Viking. Despite repeated confirmations from the United Nations that Libya is not a place of safety for survivors rescued from distress at sea, Italy’s current deal with Libya is valid until February 2023, by which time it will automatically be renewed unless the agreement is put to an end by November 2022.