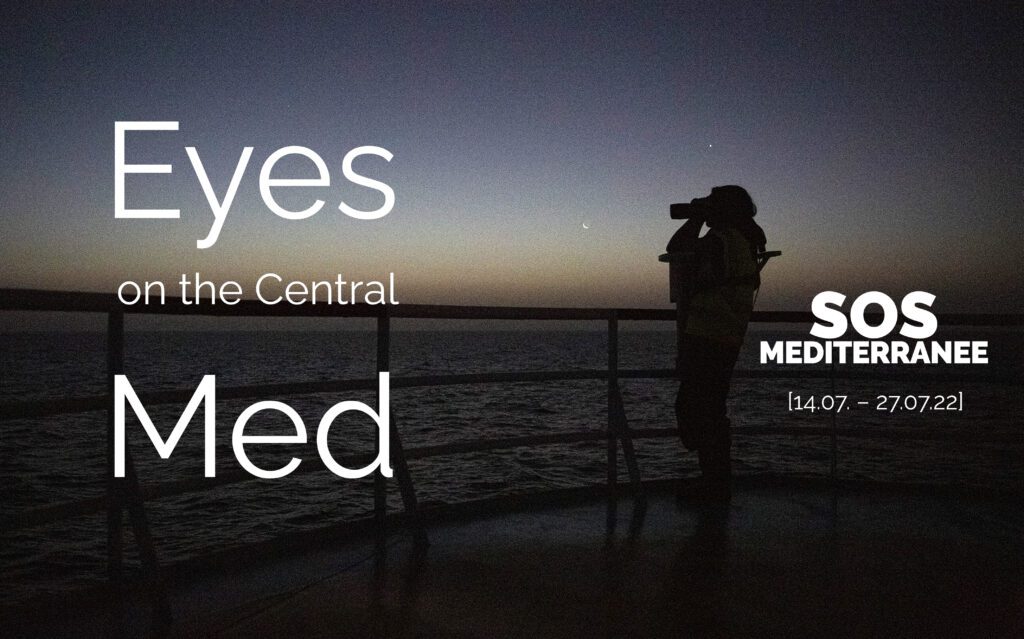 [14.07 – 28.07.22] The following publication by SOS MEDITERRANEE intends to shed light on events which unfolded in the central Mediterranean in the past two weeks. It is not intended to be exhaustive, but rather to provide a general update on maritime search-and-rescue-related matters occurring in the area we have been operating in since 2016, based on public reports by different NGOs, international organisations and the international press.

On July 17th, the Rise Above, operated by the German NGO Lifeline, assisted three boats in distress and procured medical care to survivors who were eventually rescued by the Italian Coastguard. Two days later, the Rise Above rescue team evacuated 63 people from an unseaworthy, overcrowded wooden boat onto their vessel. The survivors were authorised to disembark in Augusta, Sicily, on July 23rd .

On July 28th, the Sea-Watch 3 was designated a safe port by Italian authorities to disembark 439 survivors rescued between July 23rd and 24th. The vessel operated by the German NGO Sea-Watch rescued a total of 444 people in 5 separate operations. On July 23rd, the vessel rescued 428 people in four rescue operations. The next day, another 16 people were rescued by Sea-Watch 3 after being stabilized by the sailing boat Imara, of the organisation R42 Sail and Rescue. Later that day, a “heavily pregnant woman” and “a child with severe burns” were urgently medically evacuated, accompanied by their keens, by the Italian Coastguard.

Between July 24th and 25th, the Ocean Viking rescued 387 people from four rubber boats and one fiberglass boat five rubber found in distress in international waters off the Libyan coast. Among them are 149 minors, including a 1-year-old baby. These women, children and men are being cared for by IFRC and SOS MEDITERRANEE teams onboard Ocean Viking, while awaiting authorisation to disembark in a Place of Safety.

As we publish this article, between July 25th and July 28th, the Geo Barents operated by MSF also rescued 659 people in 11 different rescue operations in the central Mediterranean and is awaiting the designation of a Place of Safety to disembark the survivors.

Over 1,200 people rescued by coast guards off Italian and Tunisian coasts

According to the journalist, Sergio Scandura, 148 people were rescued by the Italian Coast Guards on July 22nd.

From the night of July 17th and July 18th, the Tunisian coast guard announced having rescued 455 people in several operations off the country’s northern, eastern and southern coasts. They would also have foiled 37 departures’ attempts.

On July 24th, 674 people were rescued from one drifting fishing vessel by the Italian coast guards in collaboration with the Guardia di Finanza and a merchant vessel. Survivors have been disembarked in several ports in Italy. Italian Coastguards also reported that five deceased people were found onboard.

These past three weeks, according to International Organisation for Migrations, a total of 639 people were intercepted and forcibly returned to Libya by the Libyan authorities: 193 from the 10th to the 16th of July; 446 during the period from the 17th to the 23rd of July. A total of 11,057 people were returned in 2022.

According to AP News, several people intercepted at sea and forcibly returned to Libya testified of brutal behaviors from the Stabilization Support Authority (SSA) while being held in its detention facility. The entity who emerged several months ago reports directly to the Tripoli based Libyan government and work in parallel of the Libyan Coast guards and the navy. Such testimonies come in accordance with report of violence by the Fact-Finding Mission in June 2022.

“Eighteen landings occurred on July 16th for a total of 426 people, and 17 on July 17th with 354 people who arrived during the day.” 43, 25 and 12 other people from three different embarkations were assisted by the “patrol boats of the Coast Guard and the Guardia di Finanza during the night continued the relay race from the Favaloro pier.”

According to Le Monde and Libération, 522 people landed autonomously in Lampedusa from the 23rd and 24th of July from fifteen embarkations departed from Tunisia and Libya. Four people arrived autonomously from Tunisia in the beach of Cala Pisana during the same night while the coast guards were assisting an embarkation in distress which departed from Al Zawiya with 123 survivors onboard.

[Press Release] SOS MEDITERRANEE, MSF and SEA-WATCH alert on the critical risk of more deaths in the central Mediterranean this summer in the absence of European state led search and rescue operations. 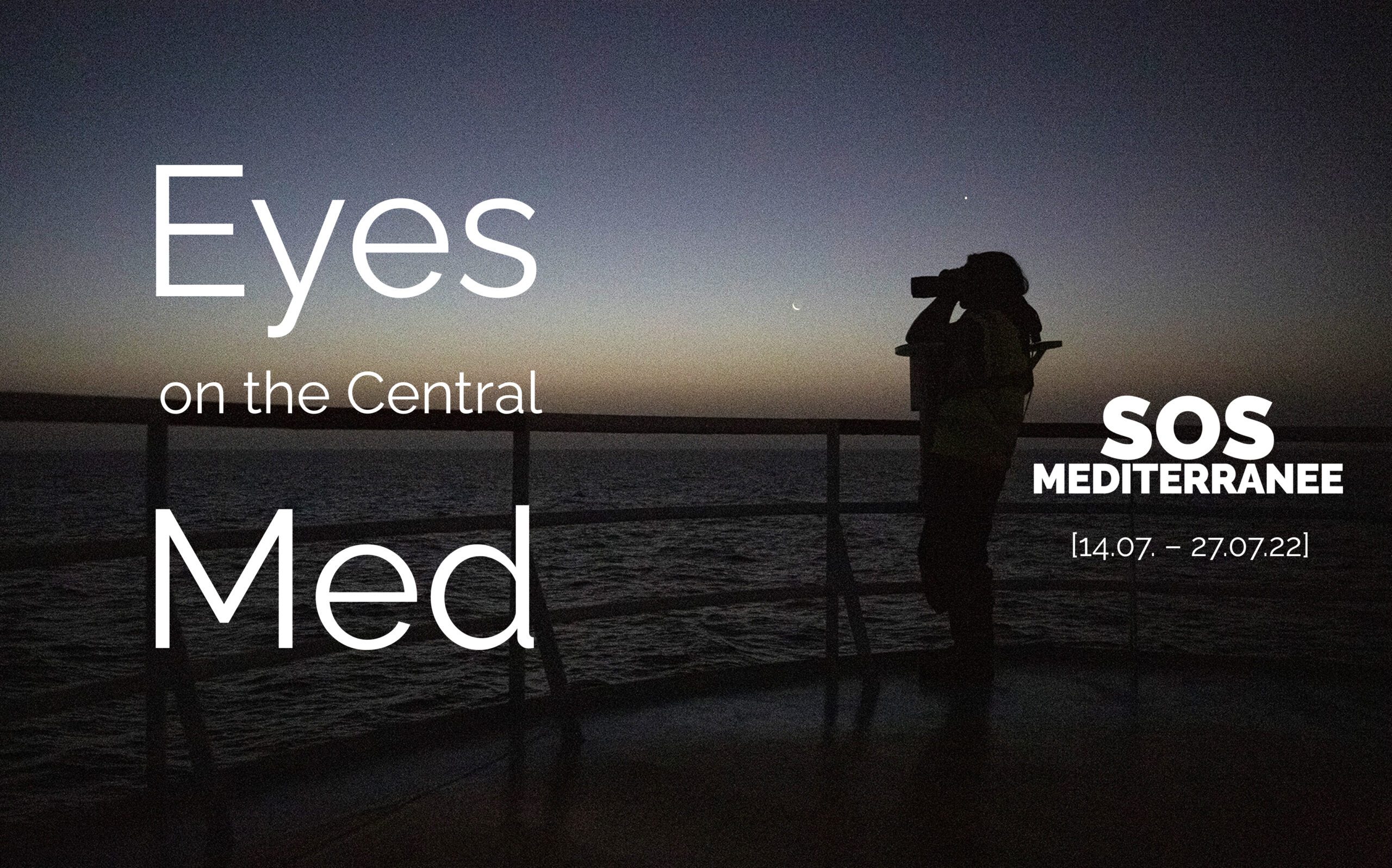 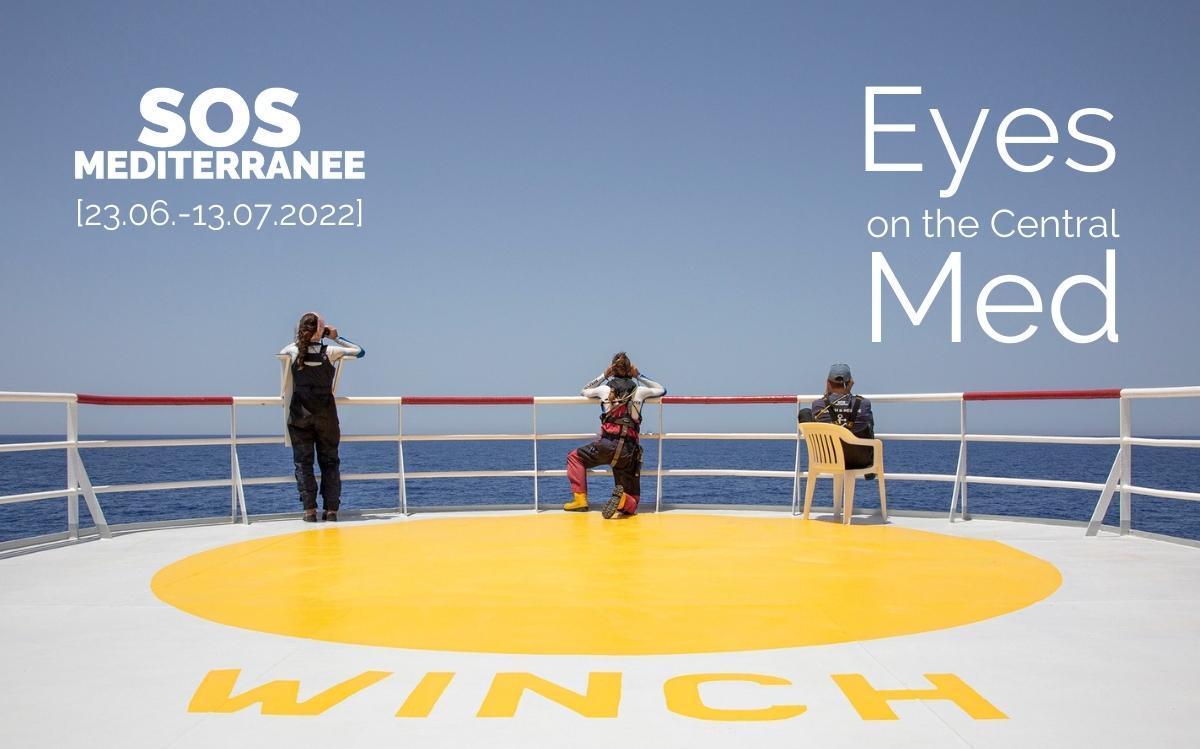