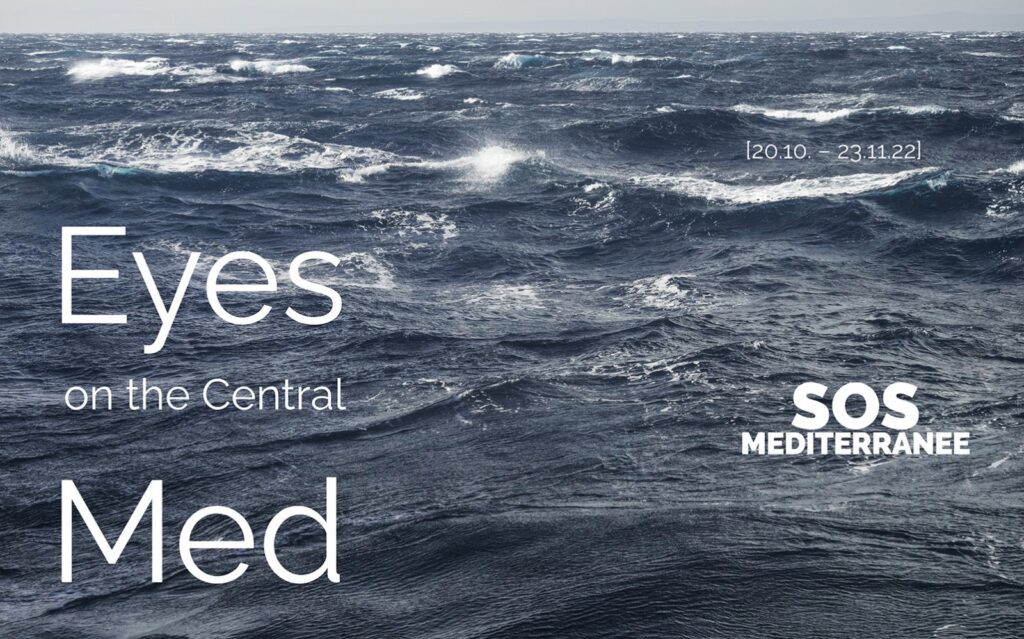 [20.10 – 23.11.22] The following publication by SOS MEDITERRANEE intends to shed light on events which unfolded in the central Mediterranean in the past weeks. It is not intended to be exhaustive, but rather to provide a general update on maritime search-and-rescue-related matters occurring in the area we have been operating in since 2016, based on public reports by different NGOs, international organisations and the international press.

Between October 22 and October 26, the Ocean Viking rescued 234 women, children and men, including over 40 unaccompanied minors, in six separate operations in the Maltese and Libyan Search and Rescue Regions, while the vessel Humanity 1 of the NGO SOS Humanity conducted three rescues, providing assistance to a total of 180 people.

On October 22, Georgia Meloni, far-right leader of the political party “Fratelli d’Italia” was sworn in as Italy’s Prime minister, alongside her cabinet team. Two days later, the new Italian Minister of the Interior, Matteo Piantedosi, issued a directive to the heads of the police forces and the harbor master’s office to “assess the conduct” of the Ocean Viking (operated by SOS MEDITERRANEE) and Humanity 1 (operated by SOS Humanity) for the purpose of adopting a ban on entry into territorial waters of these two humanitarian ships.

On October 27, still stranded at sea without solution to disembark safely, a medical evacuation of an unaccompanied minor had to be performed from the Humanity 1 while the MSF ship was performing rescues. Between October 27 and October 29, the Geo Barents evacuated 572 from seven boats in distress.

On November 2, in the face of a critical blockage at sea following multiple unsuccessful requests for a Place of Safety to relevant maritime authorities, the Ocean Viking escalated her requests for assistance in finding a Place of Safety to the French, Greek and Spanish maritime authorities. Still stranded at sea a week later, on November 10, three patients and one relative had to be urgently medically evacuated via helicopter. Shortly after, the French authorities eventually instructed the Ocean Viking to proceed to the military port of Toulon to disembark the remaining 230 survivors onboard. Disembarkation was completed on November 11, 21 days after the first evacuation of people found in distress in the middle of high seas.

In the meantime, on November 4, the Humanity 1 informed Italian maritime authorities that she had no other choice than to enter territorial waters off the Sicilian city of Catania to seek shelter from high waves and strong winds. The same day, the captain of the Humanity 1 received a decree signed by the Italian Ministers of the Interior, Defence and Infrastructure and Mobility prohibiting the Humanity 1 from remaining in Italian territorial waters for longer than “necessary to ensure rescue and assistance operations for people in emergency conditions and in precarious health conditions.” According to SOS Humanity, the decree indicated that “particular vulnerable people will be identified and only a selection of survivors will be brought ashore from the vessel anchoring outside the port”. On the night of November 5 to 6, 144 survivors were allowed to disembark in Catania and 35 survivors remained stranded onboard the Humanity 1. In turn, SOS Humanity took legal action against the Italian government denouncing the inhumane partial disembarkation system and its risks upon the safety of the survivors, crew and ship. On November 6, a hunger strike started among the 35 survivors onboard the Humanity 1. On November 9, all survivors were eventually allowed to disembark in Catania.

On November 6, the Geo Barents was subjected to the same selective and discriminatory disembarkation procedure, in Catania: 215 survivors were ordered to remain onboard by the Italian authorities. The next day, three survivors jumped overboard in a gesture of desperation, the crew of MSF declared that survivors were suffering from panic attacks. The same day, a patient had to be urgently medically evacuated from the ship. The disembarkation of the remaining survivors onboard Geo Barents was completed on November 8 in Catania. On November 22, MSF announced having lodged an appeal against the inter-ministerial decree notified to Geo Barents on November 5, prohibiting the ship from stopping in national territorial waters “beyond the time necessary to provide rescue and assistance operations only for some of the survivors indicated by the competent Italian authorities”.

On November 3, the small vessel Rise Above, of the NGO Mission Lifeline, rescued 95 people in three operations. On November 6, four patients had to be medically evacuated. On November 7, the Rise Above was allowed to disembark the remaining survivors in Reggio de Calabria.

In the past three weeks, according to the journalist Angela Caponnetto, 15,000 people arrived in Italy alone or rescued by Italian coastguards.

Multiples shipwrecks and lifeless bodies recorded in the central Mediterranean

On October 21, 2 children were reported dead after the explosion of their boat in the Maltese Search and Rescue Region. Three days later, four people were reported missing after a shipwreck about twenty-four miles off Lampedusa. On October 27, a new shipwreck off the coast Lampedusa occurred: 31 people, including 9 women and one minor were rescued but the body of a woman was recovered while a man was reported missing. The same day, a body was recovered few miles off the coast of Lampedusa by a Harbour Master’s patrol boat heading towards the Favarolo pier of the port. It was the sixth body recovered in the last three days off the island’s coast.

On November 11, a 20-day-old infant was found dead after a rescue performed by the Italian coastguards off Lampedusa. Two other survivors were severely burnt. The same day, an interception of two boats by the Tunisian Navy off Chebba caused the death of three children. According to witnesses, the intervention created panic and people fell from the overcrowded boat. Three children consequently drowned.

On November 20, at least four people have been confirmed dead and up to three are still missing while seven people were rescued after their boat ran into trouble between Algeria and Sardinia.

On October 19, the Libyan coast guard intercepted 96 people, including children and women, and disembarked them in Tripoli.  On October 22, the teams of the Ocean Viking have also witnessed two interceptions, conducted by the Libyan patrol vessel 656 passing by the vessel with many survivors on her bow.  Five days later, the aircraft Sea Bird of the NGO Sea Watch reported having witnessed Libyan coastguard intercepting survivors from a boat in distress.

Between November 13 and 19, 235 people were intercepted by Libyan authorities according to IOM. A total of 20,842 people are known to have been forcibly returned to Libya in 2022.

On October 26, forty organizations called on the italian government to revoke the 2017 MoU – Memorandum of Understanding with Libya during a demonstration in Rome. The agreement between the two countries, with the support of European Union (EU) and associated states, have been automatically renewed on November 2 for three years. Under this agreement, Italy and the members and associated states are helping the Libyan coastguard to strenghten the Libyan maritime surveillance capacity by providing financial support and technical assets at the cost of human rights. According to the Italian magazine Altreconomia, Italy has signed a 6.5-million-euro contract to provide 14 additional boats to Libyan authorities in order to intercept people attempting to flee Libya on unseaworthy boats and forcibly return the survivors to Libya, despite the fact that the war-ravaged country cannot be considered a place of Safety according to UN organisations. In the meantime, on October 26, the NGO Sea-Watch published a video in which a Libyan coastguard vessel threatens the monitoring aircraft Seabird with weapons in the Maltese Search and Rescue Region.

On November 11, the International Criminal Court (ICC) prosecutor Kharim Khan announced to the UN Security Council that he had issued numerous warrants for war crimes, crimes against humanity and crimes against people with migration background in Libya. Some of the people responsible of those war crimes are among the Libyan coastguards and police forces he said: “It is a collective obligation to ensure that those responsible for such crimes are held accountable. All the bosses under investigation are heads of power-sharing clans: from the army to the coast guard, from the ‘oil police’ to the death squads in the service of General Haftar. […] When the requests become international arrest orders, many governments – including Italy, Malta, France, Turkey, Russia – will have more of an embarrassment to cooperate in the capture of people with whom they have not lacked interested handshakes.”

On November 9, for the first time the EU Commission recalled international maritime law in a statement on the situation in the central Mediterranean: “the legal obligation to rescue and to ensure the safety of life at sea is clear and unequivocal, irrespective of the circumstances that lead people to be in a situation of distress.” While survivors were still stranded at sea on the rescue ships Ocean Viking, Geo Barents and Humanity, the EU Commission called on States to “work together to ensure a common response, with the sanctity of life being of utmost importance and primary consideration.” Furthermore, the principle of European solidarity was reminded to enforce a predictable disembarkation mechanism: “It is important to provide support to those Member States regularly receiving arrivals by sea. Based on the commonly agreed Solidarity Mechanism, a significant number of relocation places are available to help alleviate some of the pressure through relocation to other Member States.”

On November 21, the EU Commission presented an “Action Plan for Central Mediterranean to address immediate challenges”. The Action Plan proposes a series of 20 measures articulated around three pillars that will be taken forward by the EU and its Member States with the stated objectives to: “reduce irregular and unsafe migration, provide solutions to the emerging challenges in the area of search and rescue and reinforce solidarity balanced against responsibility between Member States.” 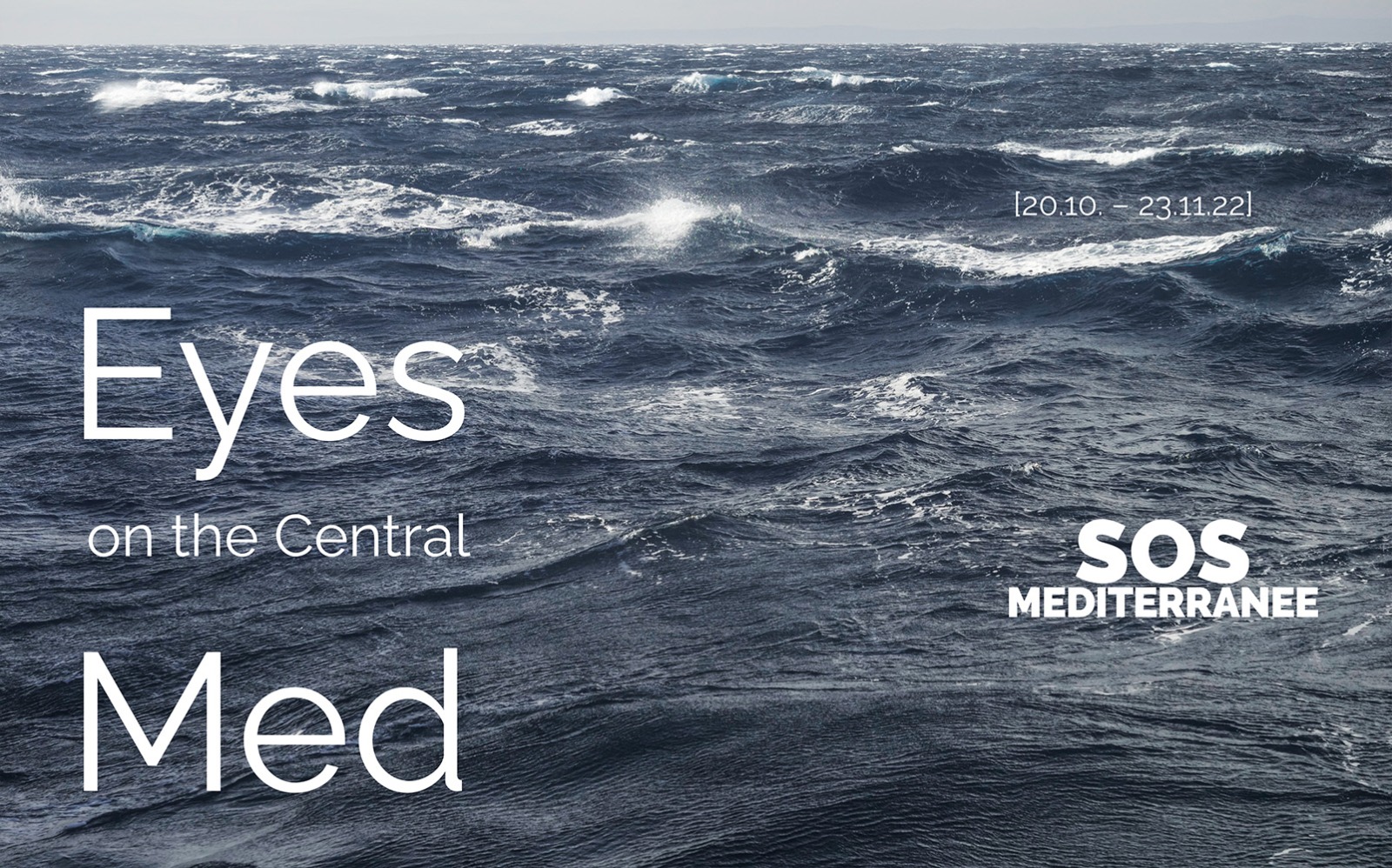 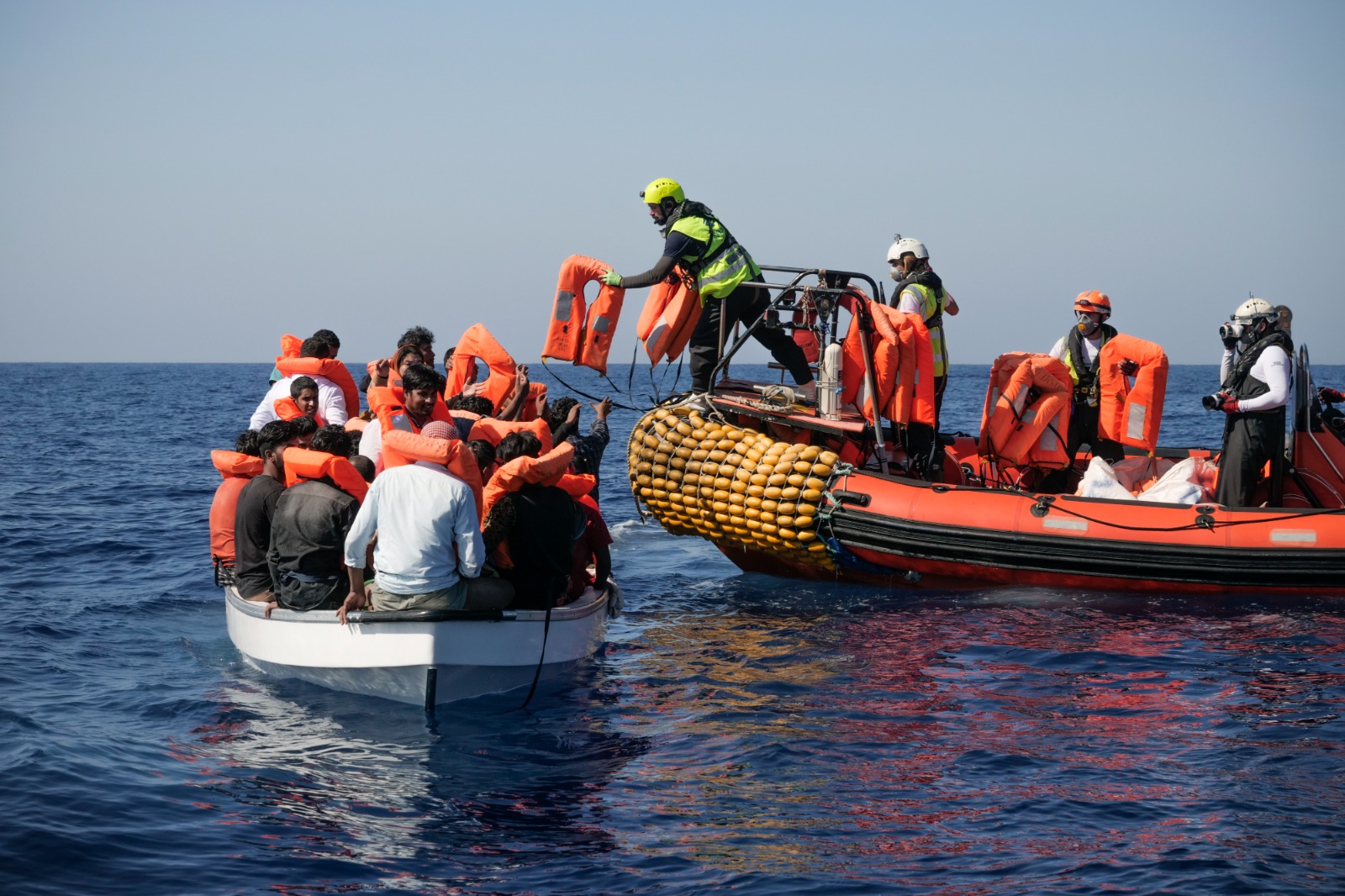