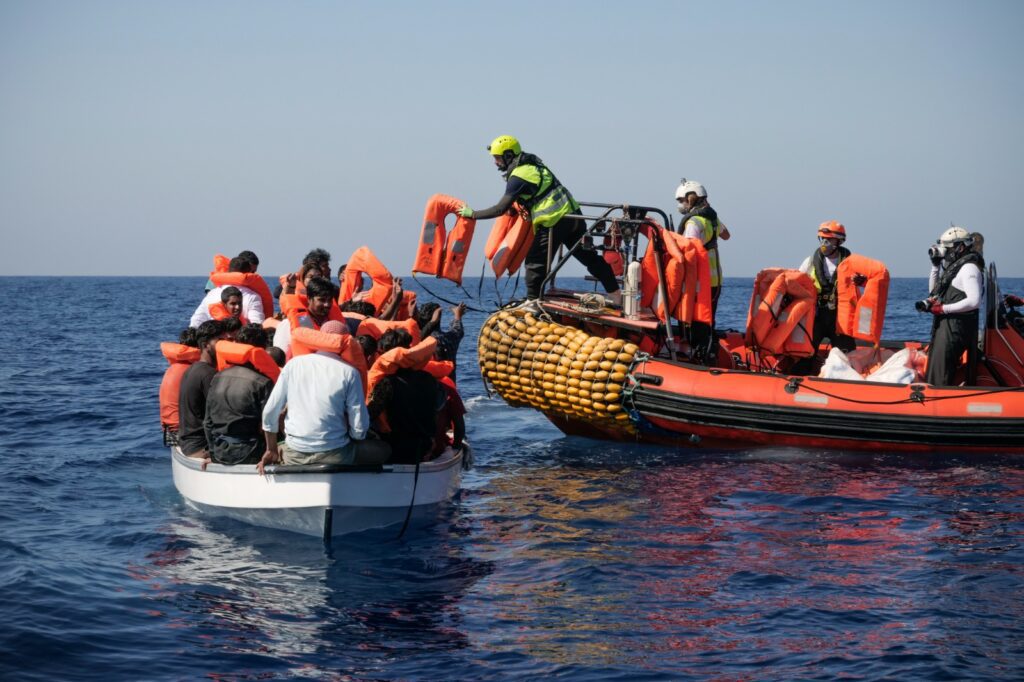 After an unprecedented blockage at Europe’s door, the Ocean Viking started disembarking 230 survivors, including more than 55 minors, at the port of Toulon, France, this morning. The ship is preparing to go back to sea shortly. For a return to the strict application of maritime law, SOS MEDITERRANEE calls for the solidarity of the European members States as well as the support of citizens. Without strong financial support, due to the consequences of the war in Ukraine on our expenses, the organization will not be able to ensure the sustainability of its missions.

Some of the 234 survivors rescued between October 22 and 26 by the Ocean Viking have been waiting for their rescue to be completed for up to 21 days. This wait is the longest period of blockage ever experienced by people rescued by SOS MEDITERRANEE. Every additional hour, every day spent at sea, where they just faced a near-death experience, impacts the physical and mental well-being of the survivors and jeopardizes their safety, as well as that of the crew.

At least 20 182 women, children, and men lost their lives in the central Mediterranean since 2014. Since the beginning of the year, 1 337 deaths have been documented. This stretch of the sea is the world’s deadliest sea migration  route since 2014, when European states withdrew all maritime resources in capacity to conduct professional Search and Rescue operations. Attempts to hinder citizen ships reduce rescue capacity and can only increase the number of people drowning in the central Mediterranean.

“We plan to go back to sea shortly, within few weeks. Nothing will make us renounce to the imperative of sea rescue. It is criminal to leave this maritime space without significant resources dedicated to search and rescue. However, we are facing major financial difficulties, due to an important increase in the cost of our operations as a result the war in Ukraine. We call today for financial support from those who share our values and wish to contribute to saving lives: citizens, organizations, institutions, local authorities, to support us, make a donation. In the current state of our finances, we cannot ensure the sustainability of our missions beyond a few months”, says Sophie Beau, co-founder and Executive Director of SOS MEDITERRANEE France.

Following the outbreak of war in Ukraine, the year 2022 has proven to be extremely complex from an economic point of view. We are experiencing an additional cost of more than 1 million euros, due to the increase in the price of fuel, inflation and the increase in the fees of our service providers. At the same time, donations dropped, also due to inflation, decrease in purchasing power and the redirection of part of the donations to Ukraine.

We call for the solidarity of the European society. It is vital and urgent that maritime law is respected again in the central Mediterranean. European members states must stop ignoring the calls for help, and worse, preventing those who try to assist. It is imperative that member states show solidarity with coastal countries through the implementation of a predictable and efficient disembarkation mechanism, as well as the establishment of Search and Rescue services. The coastal countries closest to our operations must, for their part, respect international maritime law and allow those rescued at sea to disembark in a place of Safety as soon as possible. Such a blockage must never happen again.