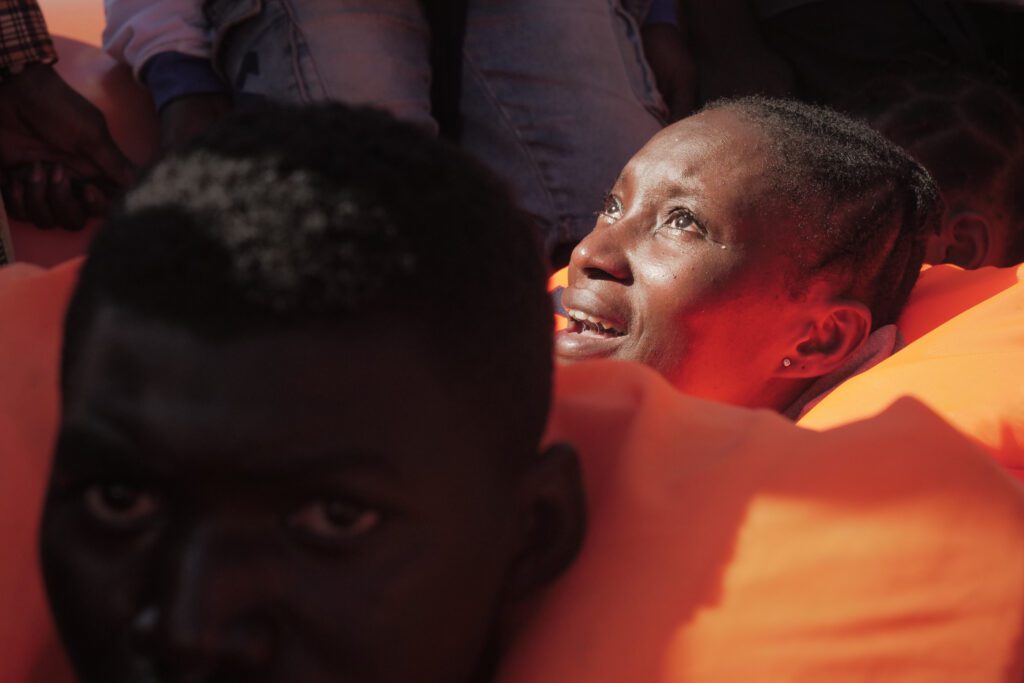 A safe place has finally been designated to the Ocean Viking for the disembarkation of the 230 survivors remaining onboard rescued in six rescue operations between October 22 and October 26. Three patients in urgent need of hospital care had to be medically  evacuated via helicopter from the Ocean Viking this morning. The survivors will disembark in Toulon, in the South of France. The Ocean Viking is on its way and given the unstable weather forecast, our ship expects to arrive in the port of Toulon Friday.

It is with a mixture of relief and anger that we welcome this news.

“We are extremely relieved that a safe port in France has been assigned to our ship, which puts an end to a critical situation. But this solution has a bitter taste: the 230 women, children, and men on board the Ocean Viking have been through a dire ordeal and are exhausted, as are our teams. Disembarking almost three weeks after their rescue, so far from the area of operation in the central Mediterranean, is the result of a dramatic failure from all the European states, which have violated maritime law in an unprecedented manner”, says Xavier Lauth, SOS MEDITERRANEE Director of operations.

Civil rescue ships,  operated by NGOs such as SOS MEDITERRANEE, are only filling the gap of the serious and deadly disengagement of European states in the central Mediterranean. As the European Commission reaffirmed yesterday (9 November): “The legal obligation to rescue and to ensure the safety of life at sea is clear and unequivocal, irrespective of the circumstances that lead people to be in a situation of distress. […] the sanctity of life being of utmost importance and primary consideration.”

The political instrumentalisation of the duty to provide assistance at sea, which we have witnessed in the recent weeks, is unacceptable: it is a cynical renunciation of a moral, legal, and universal imperative. We urgently call on the European Union member and associated states, together with the European Commission, to finally establish a predictable mechanism for the disembarkation of survivors in a Place of Safety, where their safety is no longer threatened and where their basic human needs can be met.