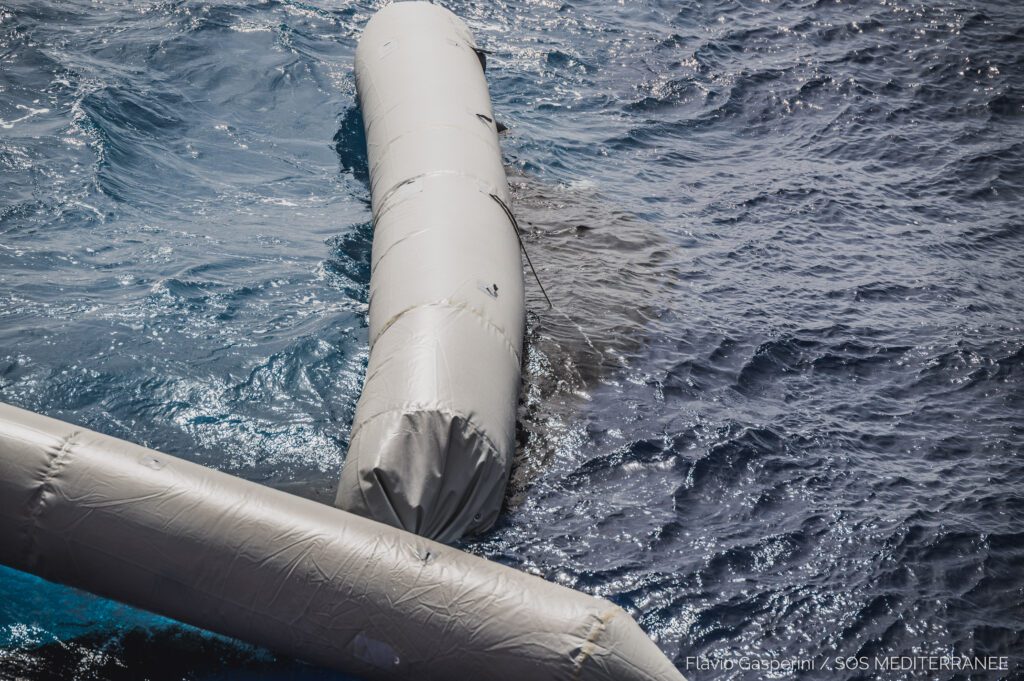 Today, while preparing for a new mission at sea, the SOS MEDITERRANEE team onboard Ocean Viking and ashore will pay their tribute to those who perished in a shipwreck we witnessed a year ago. A commemoration mixed with sadness and anger as the law of rescue at sea continues to be violated every day since then. Over 1,500 people are known to have died in the central Mediterranean between April 2021 and 2022 alone. In the total absence of signs of improvement, SOS MEDITERRANEE reiterates its urgent call for the re-establishment of a European Search and Rescue operation in the central Mediterranean.

Warning – distressing content. The accompanying image at the bottom of the text depicts a dead body.

On April 22nd 2021, the SOS MEDITERRANEE team onboard Ocean Viking witnessed the aftermath of a deadly shipwreck off Libya claiming up to 130 lives. In extremely difficult sea conditions, the Ocean Viking had searched relentlessly for this boat and two others, reported in distress by the civil hotline Alarm Phone in the 24 hours preceding the grim discovery. All along this race against time, despite our attempts to contact maritime rescue coordination centres (MRCC), no authorities coordinated the search operation. Eventually, our team was joined in its search by three merchant vessels, mobilised by a Mayday relayed by a Frontex aircraft. Search which sadly ended with the sole discovery of remaining pieces of a shipwrecked rubber boat and of several inanimate bodies floating in the middle of the high seas.

“We will probably never know exactly how many people lost their lives in this tragedy. A year ago today, not only did SOS MEDITERRANEE witness the consequences of a shipwreck that has put the central Mediterranean in further mourning, but we also experienced a cruel absence of State-led Search and Rescue coordination. On April 21st and 22nd, all those onboard this unseaworthy rubber boat in distress have been abandoned to their fate by authorities. This tragedy is the result of an ever-worsening man-made disaster. Last year, SOS MEDITERRANEE reported with great details the facts and course of events, which are clearly testifying to the deadly consequences of the current lack of efficient Search and Rescue services in the central Mediterranean. Still, the past year, no positive action has been taken to prevent such tragedies to occur again.”, says Luisa Albera, SOS MEDITERRANEE Search and Rescue coordinator onboard Ocean Viking.

Sadly, since last April, the International Organisation for Migration recorded over 1,500 deaths in the central Mediterranean. It’s been more than six years now that the central Mediterranean became the deadliest sea migration route in the world. At least 19,300 children, women and men are known to have perished* in this stretch of the sea, at Europe’s doorstep. A number most probably underestimated.  We will never know how many sinkings happened without witness.

SOS MEDITERRANEE was created by European citizens following the lack of maritime assets left by European members states in search and rescue services as of 2015. Since then, SOS MEDITERRANEE is faced with a damning conclusion: non-compliance with maritime and international law continuously worsens.

SOS MEDITERRANEE reiterates the urgent call for respect of maritime law in the central Mediterranean. This starts with the reestablishment of a European State-led Search and Rescue operation. Unseaworthy, overloaded dinghies depart in summer as well as in winter weather conditions. This month of April 2022 alone, several shipwrecks off Libyan coasts were reported, claiming at least 158 lives according to an IOM census. Until when will Europe let a part of humanity sink into the Mediterranean Sea? 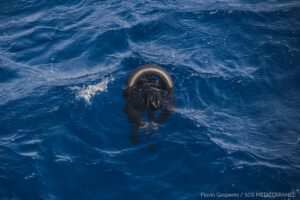 Read the testimony of an SOS MEDITERRANEE rescuer who was onboard the Ocean Viking: What’s left of this shipwreck?