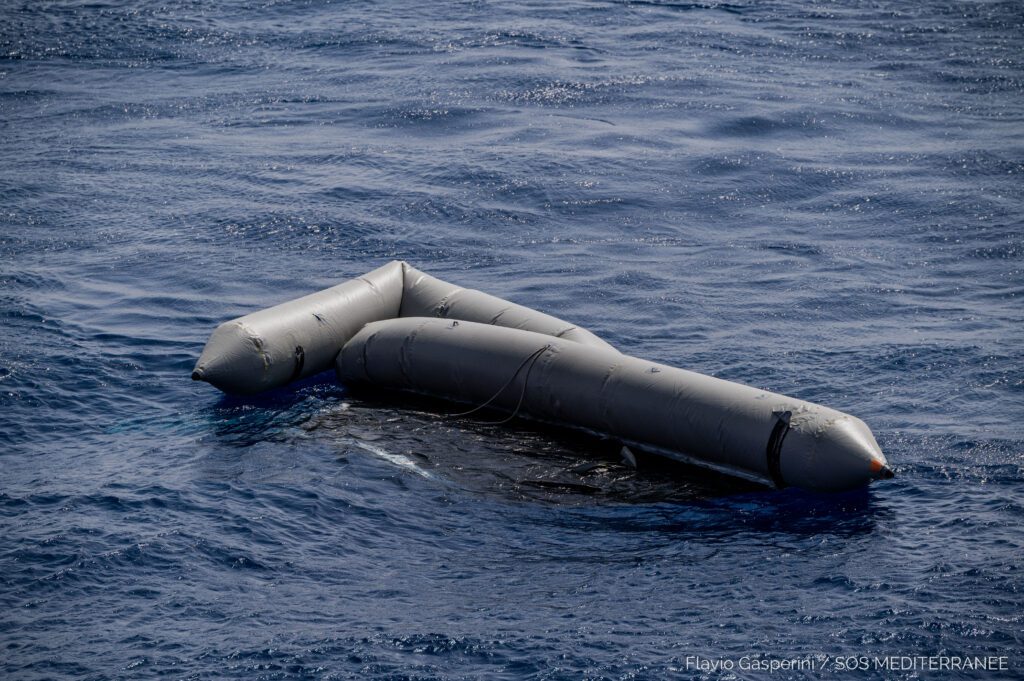 “On 22 April 2021, 130 humans died in the central Mediterranean. Perhaps more. Maybe less. How many people were there? Of these individuals, we will have come across only a few bodies drifting around pieces of plastic torn open by six-metre-high waves. One night, we sailed with the hope of finding them despite a growing swell under the breath of a major storm. Early in the morning, still nothing. Our calculations predicted to locate them by 4:00 am. The deteriorating weather conditions combined with the fragility of the overloaded dinghy led to anticipate an extremely critical rescue. Even the launch of our intervention boats (Rhibs) was not guaranteed for our own safety et security. That’s how bad the drifting boat’s chances were. The hours have elapsed, our search continued. The optimism on board, however, faded. In cooperation with three merchant ships diverted since the day before, following a Mayday relayed by a Frontex airplane on the maritime emergency channel, we were racing against time during which the silence of Maritime Rescue and Coordination Centres (MRCC) was deafening. No air or sea support from authorities was officially deployed for the search despite our repeated requests. 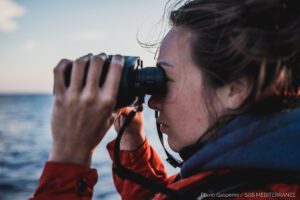 Although required by maritime law, the responsible authorities remained out of operational coordination, leaving civil society and three commercial vessels to fill the vacuum intentionally left, and delegating to the sea the arbitrary task of drowning an embarrassing subject. At around 1pm, floating bodies mingled with the absence of dozens of others we will never list dragged us out of waiting. Evidently, there was no one left to rescue. The shipwreck of 22 April 2021 was not the result of a fortuitous storm in the central Mediterranean. On 22 April 2021, men, women and possibly children perished at sea, victims of the abdication by states of their legal obligations to search and rescue. One more shipwreck, but above all one too many, which sounds like a refrain whose soundtrack worn out from being over-rehearsed.

One year later, what’s left of this shipwreck and of the bitter minute of silence on board the Ocean Viking? A few archived newspaper headlines and images imprinted in our heads as testimonies of the sinking. But also, and above all, families and friends without news of their unidentified loved ones. Who will one day answer for their deliberate inaction in the face of the legal obligation to assist these 130 individuals, the more than 19,300 people recorded by the International Organisation for Migration to have perished at sea since 2014, and all the others whose disappearance remains silent because undocumented? How many more anonymous shipwrecked people to turn the Mediterranean cemetery into a mass grave?”