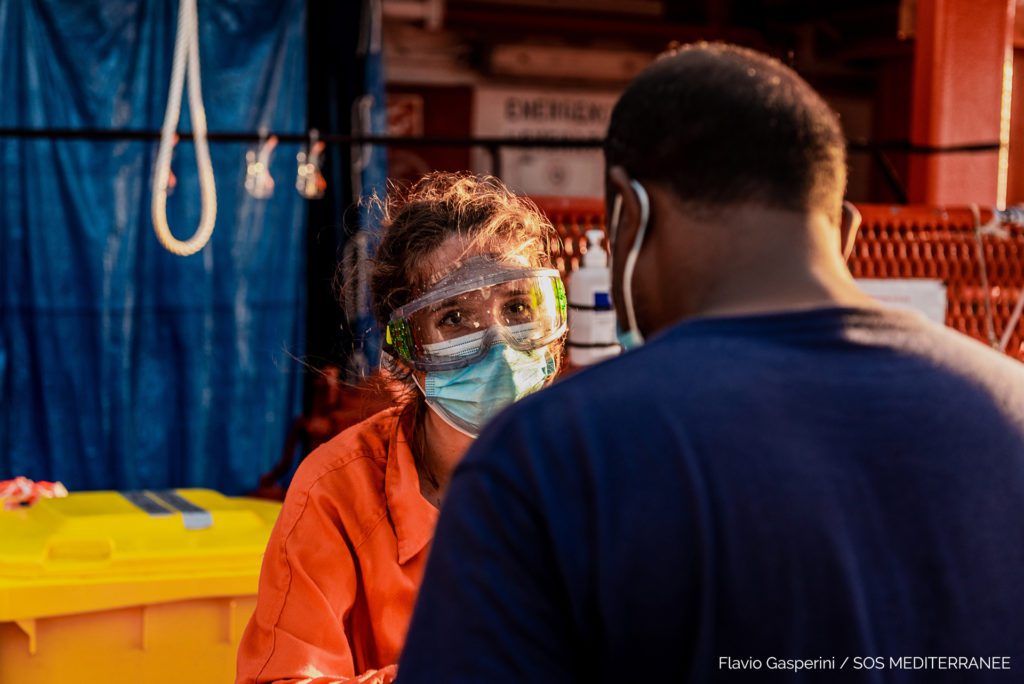 “Two years after a stand-off at sea that ended with the Aquarius, the Ocean Viking’s predecessor, having to sail to Valencia to disembark people rescued in the Central Mediterranean, we are now once again left in limbo without any indication of a port for disembarkation. The team of SOS MEDITERRANEE has rescued 180 people in four different operations in five days within the Maltese and Italian Search and Rescue Regions. The first two rescues occurred one week ago today. We have sent five requests to Italian and Maltese maritime authorities for a port of disembarkation to be assigned: we have received no response but two negative answers so far. Survivors have told our teams they had spent two to five days at sea before being rescued by the Ocean Viking. This means that some of the 180 survivors have been in precarious conditions at sea since more than 8 days. This situation is unbearable.

Where has the 2019 Malta agreement for the relocation of people rescued at sea gone? European Union Member States are aware people have continued to flee Libya on unseaworthy boats throughout the COVID-19 crisis which hit Europe in the spring and regardless of the absence of dedicated Search and Rescue vessels in the Central Mediterranean. Not only does the lack of Search and Rescue capacity to save lives at sea persist, but the EU is failing to provide safety to the few who have been rescued by an NGO ship trying to fill the SAR gap.

Since early June, we have heard declarations announcing the restart of the Malta agreement this summer. From the communications the Ocean Viking has with maritime authorities, there is currently no sign of such a restart. This lack of solidarity and burden-sharing among EU Member States has direct implications for the 180 survivors who risked their lives to flee violence and abuse in war-torn Libya: tensions on board our vessel are rising, with several survivors threatening to jump overboard. Many have suffered sun and fuel burns during the time they spent on unseaworthy boats on the open sea, a person had to be evacuated after his medical condition deteriorated and we have a pregnant woman on board. We have heard from survivors how in a detention centre in Libya guards beat a survivor on his leg with a steel stick until they broke his foot. Countless people have told us they tried to flee Libya several times, were intercepted by the Libyan coastguard at sea and brought back to detention in a never-ending vicious circle.

These people risked their lives to flee violence and abuse in war-torn Libya. They need to disembark in a Place of Safety without further delay – only then will their rescue be complete. The support of EU Member States has made a difference in the past. It must not stop now.”

Note to the editors

There are presently 180 survivors on the Ocean Viking, including 2 women, 25 minors, 17 of which are unaccompanied. People are from 13 different nationalities.

Since the end of the partnership with Médecins sans Frontières in June 2020, a crew of 22 SOS MEDITERRANEE team members covers all areas of our operations, search and rescue as well as medical and non-medical care for survivors.

Operating the Ocean Viking at sea costs more than 14 000 EUR per day. The SOS MEDITERRANEE network repeated its call for donations and support for its lifesaving mission to European citizens on June 22.