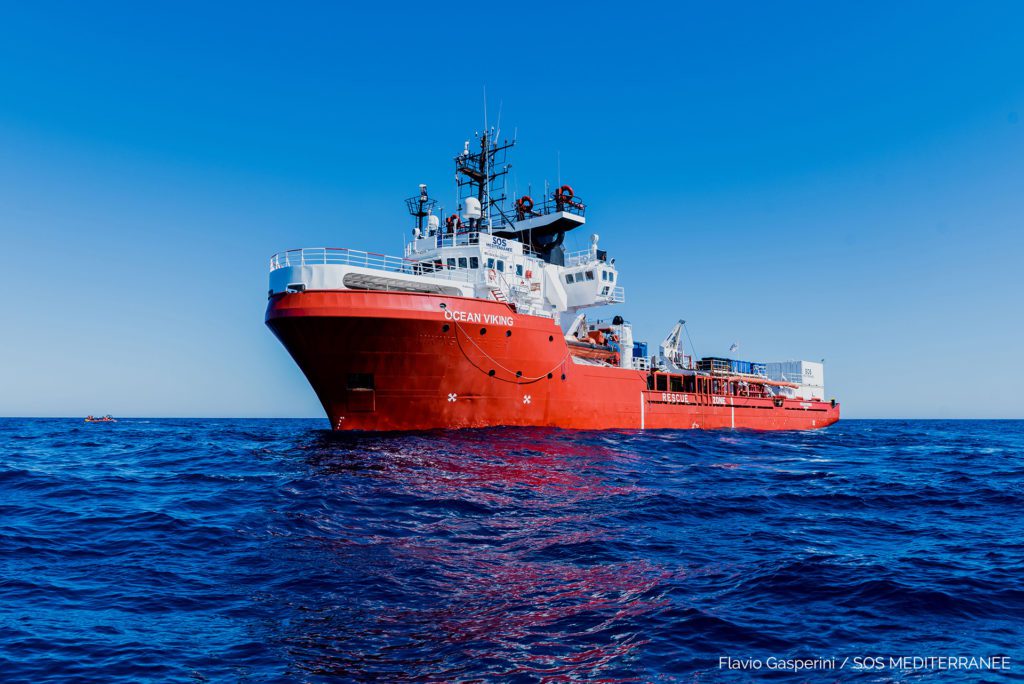 SOS MEDITERRANEE to resume search and rescue operations at sea

Today, following a new inspection by the Italian coastguard, the Ocean Viking was released from detention after being held in a Sicilian port for five months. This year’s new administrative measures blocking NGO ships resulted in a gap of rescue assets available at sea and had lethal consequences for people in distress in the Central Mediterranean. After months of discussions with relevant stakeholders and costly efforts to meet additional safety requirements set by the Italian authorities, SOS MEDITERRANEE is relieved to be able to go back to sea and resume search and rescue operations in 2021.

Since the detention of the Ocean Viking on July 22, SOS MEDITERRANEE has been continuously working on the release of the ship. On December 21, following a third inspection in five months by the Italian coastguard, the Ocean Viking was considered compliant with the interpretation of ships’ safety regulations by the Italian authorities. The detention of the ship was therefore lifted. Earlier this month, modifications to emergency equipment were made to the ship in the shipyard of Augusta, Sicily, in order to meet the requirements which initially motivated the detention.

“Today marks the end of a lengthy, costly and difficult race against time. Our teams have worked day and night over the past five months so that the ship could set sail and save lives again. Meanwhile, hundreds of people died at sea. It has been beyond painful for us as seafarers to be prevented from rescuing on the basis that NGO ships were suddenly no longer considered safe enough by Italian authorities. European States did not replace us to rescue people in distress in the meantime”, says Frédéric Penard, SOS MEDITERRANEE’s Director of Operations. “We are deeply thankful for the tremendous support we receive from European citizens who do not give up and stay committed to the principle of humanity on shore and at sea, despite the obstacles search and rescue NGOs constantly have to overcome. We need you to continue save lives next year!”

Following four months of discussions with all stakeholders involved to find the right set-up, in December the SOS MEDITERRANEE team -with the support of the shipyard’s staff- installed additional emergency equipment to be used in the event that the Ocean Viking must be abandoned for safety reasons in a very short period of time and with survivors onboard. We added eight larger life rafts, -previously designed by naval architects- that can carry 100 people each. We also equipped the ship with additional emergency life jackets and immersion suits (lifesaving appliance specifically designed for emergency situations onboard a vessel). This whole new set-up has been duly registered within the ship certification and was inspected by the Italian Port State Control officers.

The Ocean Viking will soon go to Marseille, France, to restock and embark the rescue and medical teams. The SOS MEDITERRANEE team members will undergo a 10-day quarantine and get tested for COVID-19 prior to the ship’s departure to the central Mediterranean.

Five humanitarian NGO vessels remain unable to operate due to administrative blockages. SOS MEDITERRANEE expresses its full support to their crews in their effort to go back to sea and fill the deadly gap left by European states in the central Mediterranean.

Timeline of events since the latest mission of the Ocean Viking: