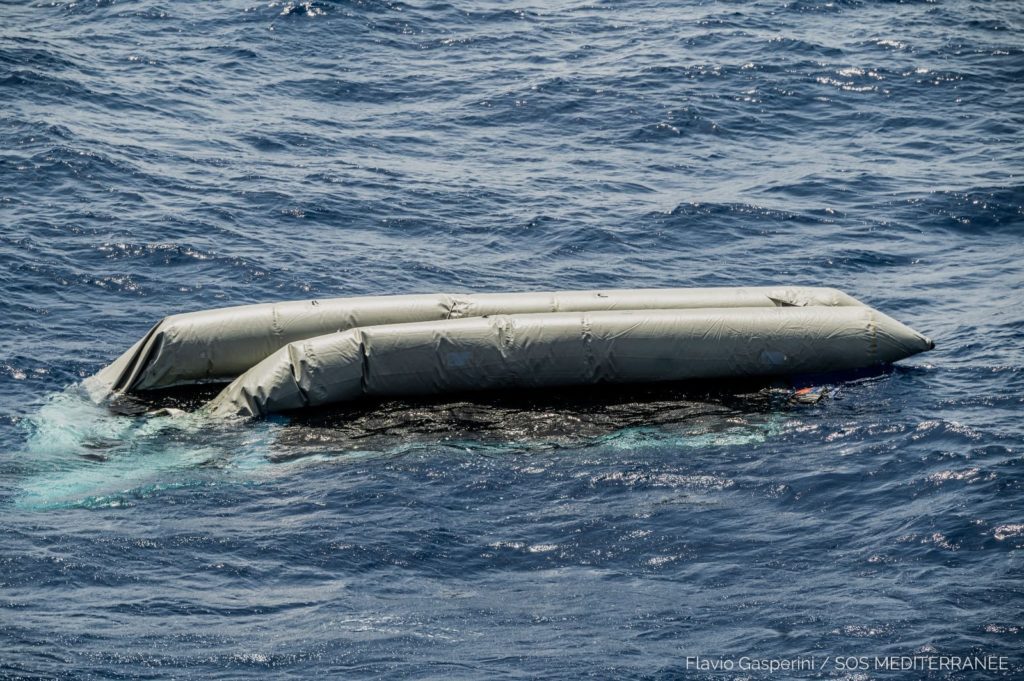 “Today, after hours of search, our worst fear has come true. The crew of the Ocean Viking had to witness the devastating aftermath of the shipwreck of a rubber boat north east of Tripoli. This boat had been reported in distress with around 130 people onboard on Wednesday morning.

In the past 48 hours, civil hotline Alarm Phone alerted us to a total of three boats in distress in international waters off Libya. All of them were at least ten hours from our position at the time of reception of the alerts. We searched for two of these boats, one after the other, in a race against time and in very rough seas, with up to 6-metre waves. In the absence of effective State-led coordination, three merchant vessels and the Ocean Viking cooperated to organise the search in extremely difficult sea conditions.

Today, while we searched relentlessly without receiving support from the responsible maritime authorities, three dead bodies were spotted in the water by merchant ship MY ROSE. A Frontex airplane spotted the wreck of a rubber boat soon after. Since we arrived on scene today, we have not found any survivors while we could see at least ten bodies in the vicinity of the wreck.

We are heartbroken. We think of the lives that have been lost and of the families who might never have certainty as to what happened to their loved ones.

This tragedy comes just a day after the horrific news shared by the International Organization for Migration of a woman and child who died on an overcrowded rubber boat that was intercepted by the Libyan Coast Guard in international waters, returned to Libyan shores and taken to arbitrary detention, where many suffer unspeakable violence and abuse. Yesterday, after receiving a first distress alert from Alarm Phone, the team on the Ocean Viking spent all day searching for a wooden boat in distress, with no success. The fate of the approximately 40 people onboard remains unknown.

This is the reality in the central Mediterranean: More than 350 people have already lost their lives in this stretch of sea this year, not counting dozens who perished in the shipwreck we witnessed today. States abandon their responsibility to coordinate Search and Rescue operations, leaving private actors and civil society to fill the deadly void they leave behind. We can see the result of this deliberate inaction in the sea around our ship.”