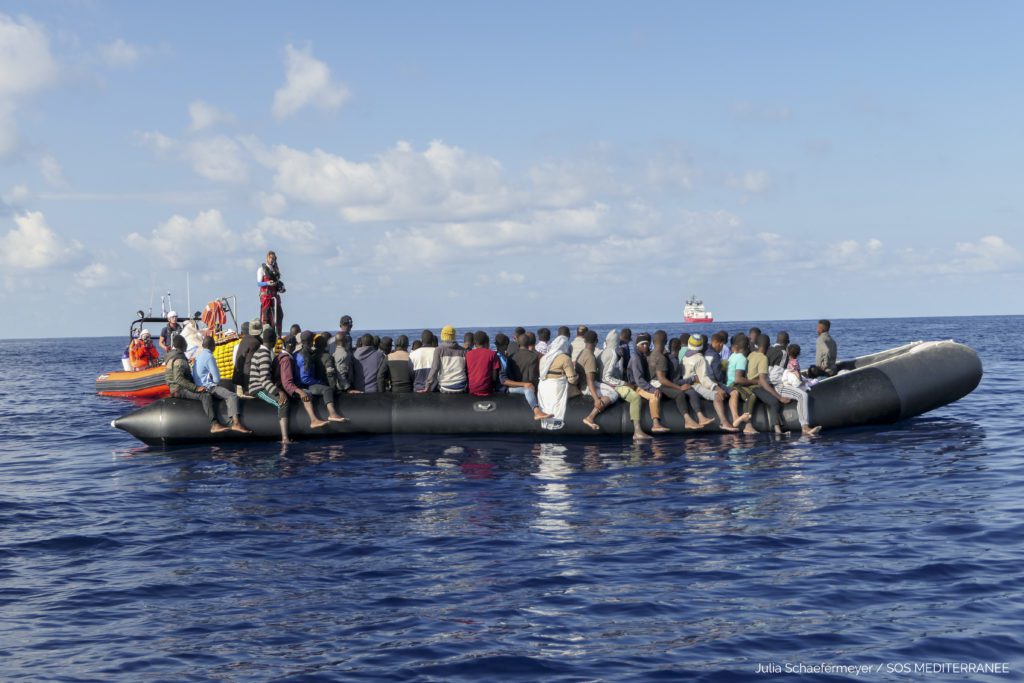 On 18 October, two days after disembarking 176 rescued people in Taranto, Italy, the Ocean Viking, chartered by SOS MEDITERRANEE in partnership with Médecins Sans Frontières (MSF), rescued 104 people from a rubber boat in distress, 50NM off the Libyan coast. Amongst the rescued people are 41 minors, of which 76% are unaccompanied, and two pregnant women. The boat in distress was spotted by the SOS MEDITERRANNEE’s Search and Rescue team through binoculars.

Over the past two days, we have heard horrific stories of violence and abuse in Libya. A 20-year-old man from Ivory Coast told the SOS MEDITERRANEE teams onboard he saw guards at Beni Waled illegal prison pour gasoline on his friend before setting fire to his body. His friend died two days later, not having received any medication or care.

A 15-year-old Ivorian girl first tried crossing the Mediterranean in August with her mother and two younger siblings. They were at sea for four days and saw two young children and two women die before being intercepted by the Libyan Coast Guard and taken back to Libya, where the whole family was sent to a detention centre. ‘In there, they do whatever they want to the women,’ the girl told us.

‘It is easier to die at sea than to live in Libya’, said a 23-year-old Ivorian. The story of every one of the 104 rescued people on board is unique, but they all tell us that Libya was hell.

The Ocean Viking requested a Place of Safety (PoS) to the competent maritime authorities. The Libyan Joint Rescue Coordination Centre (JRCC) appointed the port of Tripoli as a “Place of Safety” on Friday, 18 October, which the Ocean Viking could not accept. No port in Libya can be considered safe according to international law.

Yesterday night, the Ocean Viking has left the Libyan Search and Rescue zone and has requested a Place of Safety to the Italian and Maltese Maritime Rescue Coordination Centres (MRCCs), asking them to coordinate with the most able to assist MRCCs to facilitate disembarkation as early as possible.

“We hope a solution for a swift disembarkation of the 104 survivors will be found by maritime authorities with the support of EU member states, in accordance with the law”– says Louise Guillaumat, SOS MEDITERRANEE’s Deputy-Director of Operations.