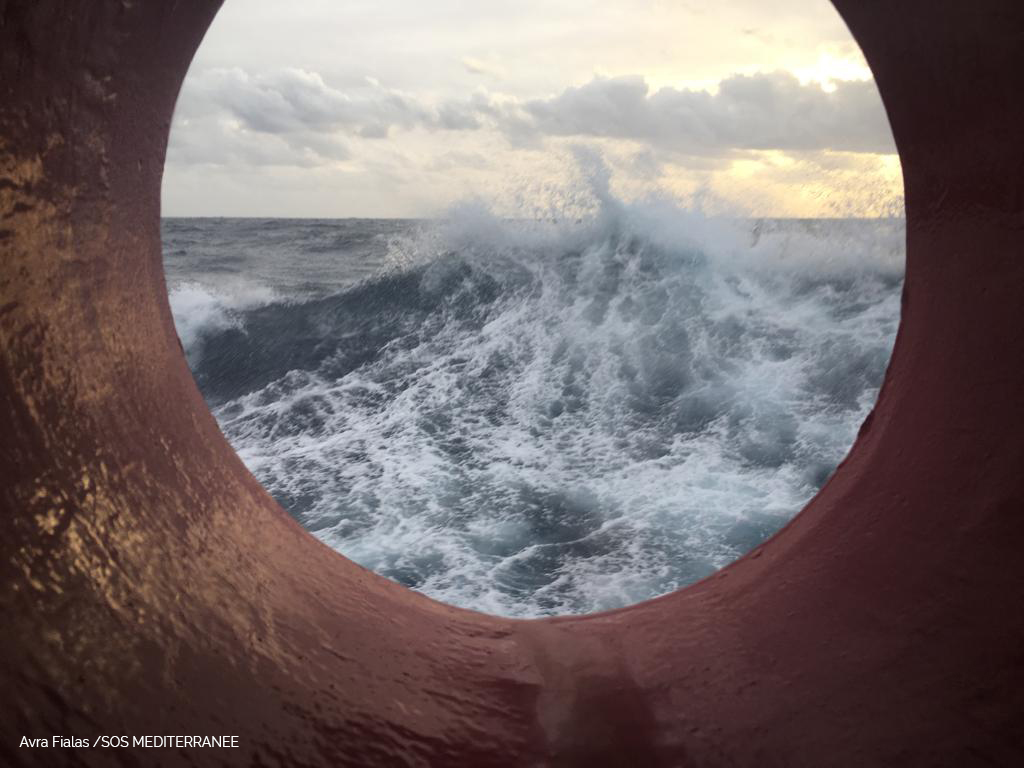 As medical partner withdraws, SOS MEDITERRANEE to resume lifesaving operations with the Ocean Viking as early as possible.

As a Search and Rescue organisation chartering and operating the Ocean Viking in the humanitarian emergency of the Central Mediterranean, it has been SOS MEDITERRANEE’s concern since the start of the worldwide outbreak of COVID–19 that this exceptional situation would lead to severe disruptions of the maritime sector and unpredictable responses by European States. More recently, political developments have aggravated the ongoing humanitarian crisis in the Central Mediterranean and highlighted the risks faced both by crews conducting rescue operations and survivors. SOS MEDITERRANEE decided that the Ocean Viking would temporarily stand by in the port of Marseille while our teams are working towards resuming operations safely and responsibly in the current COVID-19 crisis.

Our lifesaving operations are based on maritime law. Maritime Search and Rescue (SAR) operations throughout the world are designed to be carried out with the support and coordination of States. While, in the Central Mediterranean, NGO ships were already filling a gap left by States to conduct SAR operations, it appears that this framework is particularly disrupted. Several European Union (EU) Member States have formally announced that they were not in capacity to provide a Place of Safety or to assist in the disembarkation of people rescued at sea. While we fully acknowledge the extremely difficult situation States are currently faced with during this pandemic, public health concerns and containment measures should not come at the expense of any life-saving operations which remain obligations inscribed in long-standing international maritime law. This is particularly true as the situation in war-torn Libya is worsening, deeply impacting the lives of civilians, migrants and refugees in the country. The COVID-19 outbreak adds a further threat to the safety of men, women and children in the ongoing conflict in Libya, pushing people to sea in the Central Mediterranean where SAR capacity is severely lacking.

In this context, the difficulties for the Ocean Viking to set sail with a minimum level of clarity to be able to conduct safe operations are a particularly challenging reality for emergency organisations such as SOS MEDITERRANEE and its medical partner Médecins sans Frontières (MSF). As both organisations differed in how to approach the resumption of activities, last week MSF informed us of their decision to withdraw from the partnership. SOS MEDITERRANEE acknowledges this decision, which comes as a sad one for our teams due to the remarkable cooperation both of our organisations have experienced on board the Aquarius and the Ocean Viking, doing the utmost to save as many lives as possible. As a SAR organisation, we can only commend MSF for their commitment in SAR operations at our side in the past four years and for the professional medical assistance they have provided to thousands of survivors at sea. We understand that numerous humanitarian and medical crises around the world will benefit from the MSF assistance in the meantime.

More than 1,000 people have been reported to have fled Libya onboard unseaworthy boats in the past ten days. Hundreds have been intercepted and forcibly returned to Libya, while the internationally recognized Tripoli-based government declared its own ports unsafe due to ongoing shelling. Last weekend, while several distress calls were reported by civil organisations, the lack of coordination and willingness of States to carry out lifesaving operations have put the lives of hundreds of people in even more acute danger. This was demonstrated two days ago when five people have lost their lives and another seven were reported missing on a boat that was intercepted and returned to Libya after spending several days without rescue. SOS MEDITERRANEE reiterates that States have a responsibility to rescue people in danger. Now more than ever, European solidarity must be shown towards coastal states carrying out their duties to rescue. Adequate processes guaranteeing both public health and swift disembarkations in a Place of Safety are desperately and urgently needed.

“States and citizens have shown remarkable examples of cooperation during the COVID-19 crisis, expressed solidarity towards healthcare workers and provided assistance to those in need. The duty to rescue people drowning at sea needs to be fulfilled with the same sense of solidarity and care”, says Frédéric Penard, Director of SOS MEDITERRANEE’s Operations. “As the Ocean Viking is in stand-by, we insist on opening an urgent dialogue with European States, supporting all possible and innovative lawful scenarios in order for us all to meet this challenge together. While we are saddened by the decision of MSF to withdraw from the operation, this does not undermine our capacity nor our determination to resume lifesaving operations with the Ocean Viking as early as possible. This remains our duty as citizens, Europeans and seafarers as the desperate reality unfolding in the Central Mediterranean is leaving men, women and children fleeing Libya with barely any chances of survival”, he continues.

Note to the editors:

Since May 1st, 2016, the medical care on board the Aquarius and her successor, the rescue ship Ocean Viking, was provided by Médecins sans Frontières (MSF). During these four years of partnership, SOS MEDITERRANEE and MSF have assisted a total of 30,701 people in distress at sea and advocated for a solution to the humanitarian crisis in the Mediterranean together.