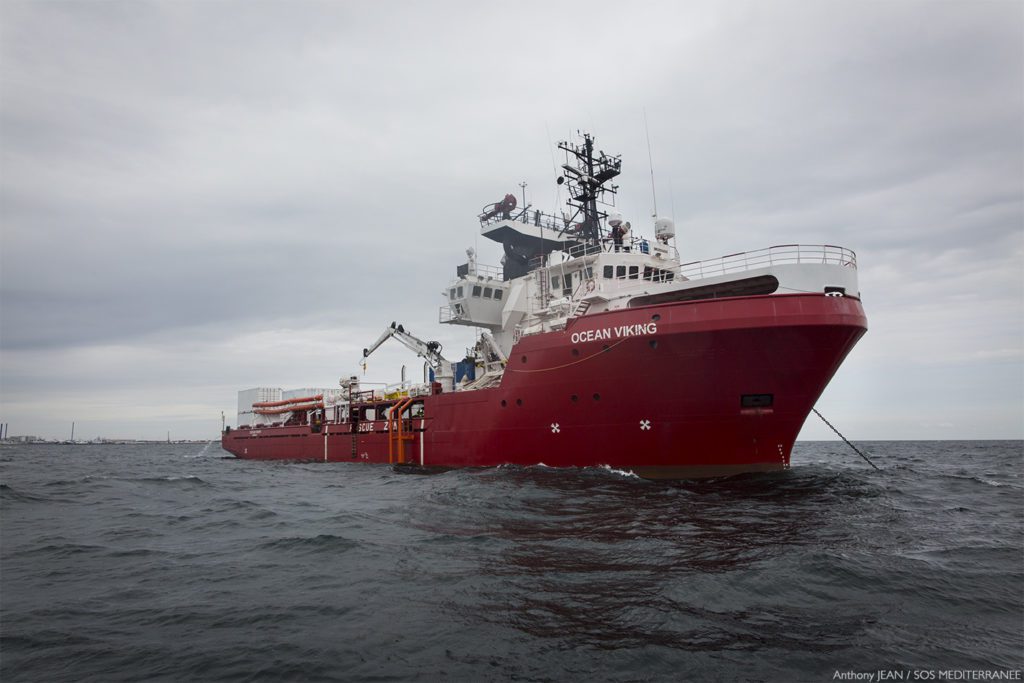 As people are still fleeing Libya on one of the most perilous sea crossings in the world, and with almost no available rescue assets present in the central Mediterranean, it has been an imperative for both SOS MEDITERRANEE and MSF to return at sea following the ending of their operations with the Aquarius in December 2018. 426 people, of which we are aware of, have died since the beginning of the year in the central Mediterranean in an attempt to escape the escalating conflict in Libya and the deplorable conditions of Libyan detention centres.

“For a year now we have been witnesses of a deterioration in the European Union’s response in the evolving human tragedy in the central Mediterranean”, says Frédéric Penard, SOS MEDITERRANEE’s Head of Operations. “EU’s mission Sophia took back its naval assets, EU states have further continued a harsh campaign of criminalisation against civil society rescue ships and most importantly, there is still no coordinated, sustainable and shared mechanism of disembarkation in accordance with maritime law”, adds Frédéric Penard.

In the past seven months, SOS MEDITERRANEE teams have been actively looking for a ship that could correspond to their standards of operations. “The Ocean Viking appeared as the best option: the vessel was originally conceived as a rescue vessel and had great potential for SOS MEDITERRANEE and MSF to add all the necessary elements to rescue people in distress, to provide care and to protect survivors when operational at sea”, says Frédéric Penard.

The Ocean Viking is chartered by SOS MEDITERRANEE in partnership with MSF. At the moment, the ship is sailing towards the Mediterranean where she will be operating with a crew of 31 people, including 13 search and rescue team members from SOS MEDITERRANEE, 9 MSF staff and 9 marine crew members.

“The long-lasting inaction of EU member states to create a sustainable, shared and predictable search and rescue mechanism in the central Mediterranean leaves us as the civil society to go back at sea and save lives”, says Sophie Beau, co-founder of SOS MEDITERRANEE. “Three years ago, when we started our operations with the Aquarius, we would have never thought of saving almost 30,000 lives at sea. That is why now more than ever, we are calling on European citizens to support our new civil rescue ship which has a cost of 14.000 euros per day and allow this ship to fulfil its lifesaving mission”, adds Sophie Beau.

Note to editor: Specifications of the Ocean Viking:

The Ocean Viking is registered as a cargo ship with the Norwegian International Ship Registry (NIS), and therefore flies a Norwegian flag. The vessel used to be an offshore supply and rescue ship for oil and gas industry in the North Sea. Built in 1986, it is 69.3 metres long and 15.5 metres beam.

The once large empty aft deck of the ship enabled SOS MEDITERRANEE and MSF to install a container-module set up. The ship is now equipped to perform search and rescue with four high speed rescue boats, as well as a medical clinic with consultation, triage and recovery rooms.

The MSF team who are in charge of the medical and humanitarian needs of the rescued people on board consists of nine people: four medics (one doctor, two nurses, one midwife), a Logistician, one Cultural Mediator, a Humanitarian Affairs Officer, a Field Communications Manager and a Project Coordinator who leads the team.

The SOS MEDITERRANEE team, who are in charge of the search and rescue, consists of 13 people, and is led by a Search and Rescue Coordinator.

A further 9 people are part of the ship’s marine crew and are employed by the shipowner.