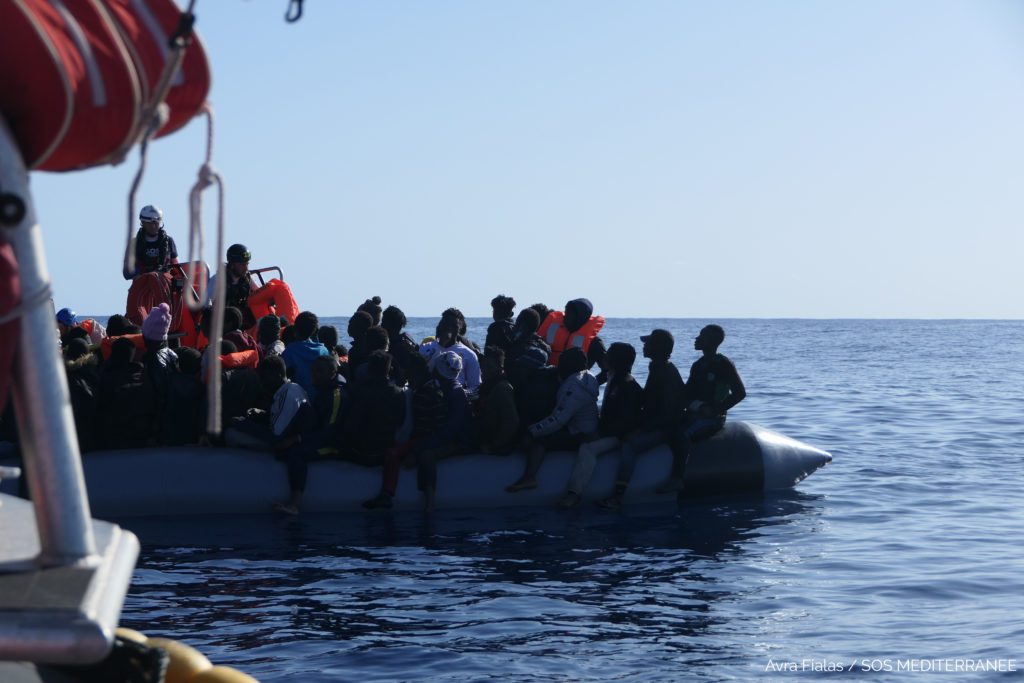 “The Ocean Viking has just completed a rescue operation in international waters, 82 nautical miles (152 km) from the Libyan coast. 90 people were rescued today. It has been a very tiring 24 hours for the crew onboard the ship. We had been searching non-stop for almost 24 hours for this boat which was reported in distress by Alarm Phone to the Libyan authorities with the Ocean Viking in copy yesterday. Thankfully we were able to spot the rubber boat with binoculars from the bridge of the ship. We were very far to the east [of Tripoli] and very far away from land. The survivors report that the boat had left from Al Khoms, Libya, on Tuesday night. The boat had proceeded on an easterly course and was heading out into the middle of the Mediterranean. Everyone onboard would almost certainly have died if the Ocean Viking had not been in the area or was not able to rescue them.

The situation in the Central Mediterranean, from my experience, is as worse as it has ever been over the last couple of years. There is no coordination in the area. There seems to be a complete disregard for potential loss of life regarding people fleeing Libya by boat. It is exceptionally frustrating, and it is also very dangerous for the people themselves. We have had reports within the last couple of days on social media regarding a shipwreck and serious loss of life. The Ocean Viking has carried out three rescue operations and brought 215 people to safety over the last three days: one rubber boat, one fiberglass boat and a rubber boat today. It has been a lot of hard work covering a lot of distance and using up a lot of energy in order to achieve this.

The Ocean Viking is currently heading north and will be requesting a Place of Safety for disembarkation from the European maritime authorities as the Libyan authorities have attributed Tripoli as a “Place of Safety”. We had to reply that we cannot proceed there due to the fact that no ports in Libya are currently considered “Places of Safety” according to international law.”