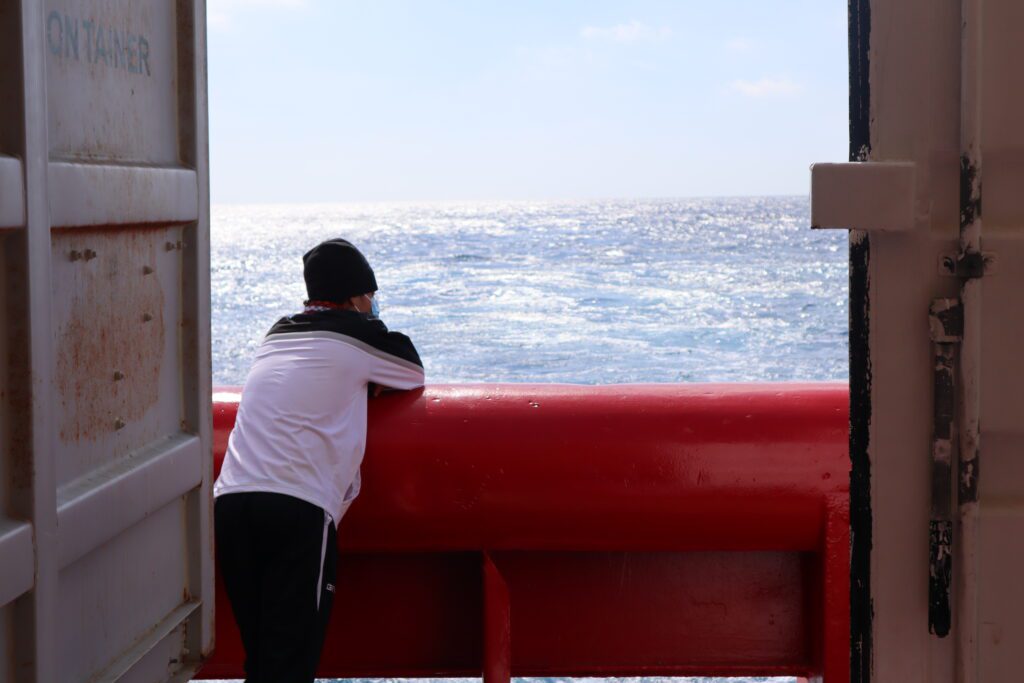 TRIGGER WARNING: This testimony depicts extreme scenes of violence, including acts of torture.

Kader*, from Ivory coast, was one of the 295 people rescued by the team of the Ocean Viking between April 24 and April 27 2022. He was rescued from a rubber boat in distress along with 93 other survivors. During the operation, the Libyan coastguard approached closely the scene, causing panic. After the rescue, Kader was among the survivors telling us about a tragedy they experienced at sea when fifteen people fell overboard during the night, few hours before the rescue. Only three of them could be recovered. The twelve others disappeared at sea. Kader lost a friend in this dramatic event. Before the crossing, he was locked in a basement used as a private jail in Libya for weeks. He shared his poignant testimony with our team onboard the Ocean Viking.

“I left my country with my 5-year-old daughter and my little sister. We crossed the desert and went to Niger. After crossing the border of Libya, the drivers sold us. We were separated and brought to different cells. They were in a cell with about fourteen women and six men. Both my daughter and little sister are still in Libya.

I was taken by a man who brought me and other men to his private jail, in his basement. We were in a cell, with no space to sleep. The man locked us in for two days without telling us anything. Without food. We screamed and made noises for someone to come and explain us why we were there. A five-liter canister was in the cell for us to urinate inside. That’s it. We were 27 people in that cell, measuring five square meters maximum. We were only able to seat and had to sleep in this awkward position.

When the man finally came to explain why we were there, he told us that he bought us from the police and wanted to sell us to make benefits from his investment. Each one of us had to pay 300’000 CFA [approximately 460 euros] to be released. They told us that they were in that basement for one year, without going outside. We were beaten and filmed at the same time while this man was asking for ransom to our parents. We were beaten, beaten, beaten. Our parents were called. The man received money, but we were not released. It was like this every day, and we had barely any food to eat. We were drinking only salty water, like sea water. We didn’t see light or sun outside. We were in darkness. When he received money from our family, he told us that the money didn’t go through and we were beaten again and again. He received the money several times, until he decided that he was happy enough.

Once these people release you, they take you in their car and drop you in the street during the night. But you are still not safe. You can be kidnapped again and sold again. It can be worse, and people can sell you for one million CFA. If this happens, then they will release you only if you pay two million CFA. Some people lose all hope. They don’t even call their parents anymore. They just wait to die. We have been tortured a lot.

If you look at my arms and my back, you can see the scars. They used battery cables. There are many jails** like this in the city.  Libya is not easy. Some Libyans told us that our friends were released, but I don’t believe it, most of them were in their basement. They rape women when they want. Their family usually think they are dead. But they are in a basement.

After being released, I hid in the city with the 26 other people who were in the cell. We didn’t sleep for over a day. We found a boat to flee Libya. We left at 3am. A group of people fell in the water shortly after leaving the beach. They were tired. They fell asleep. They fell overboard. Twelve people were lost at sea. The rubber boat was unbalanced after they fell, I had to seat on the sponson where they were to balance the weight. When the people fell in the water, we could only recover three persons. We didn’t see the others again. One of my friends who was in detention with me was among the ones who died. I lost him. People were very weak on the rubber boat, people were vomiting, there were intoxicated by fuel smell as well. I lost hope. I didn’t even think that I could be rescued when you finally came.” 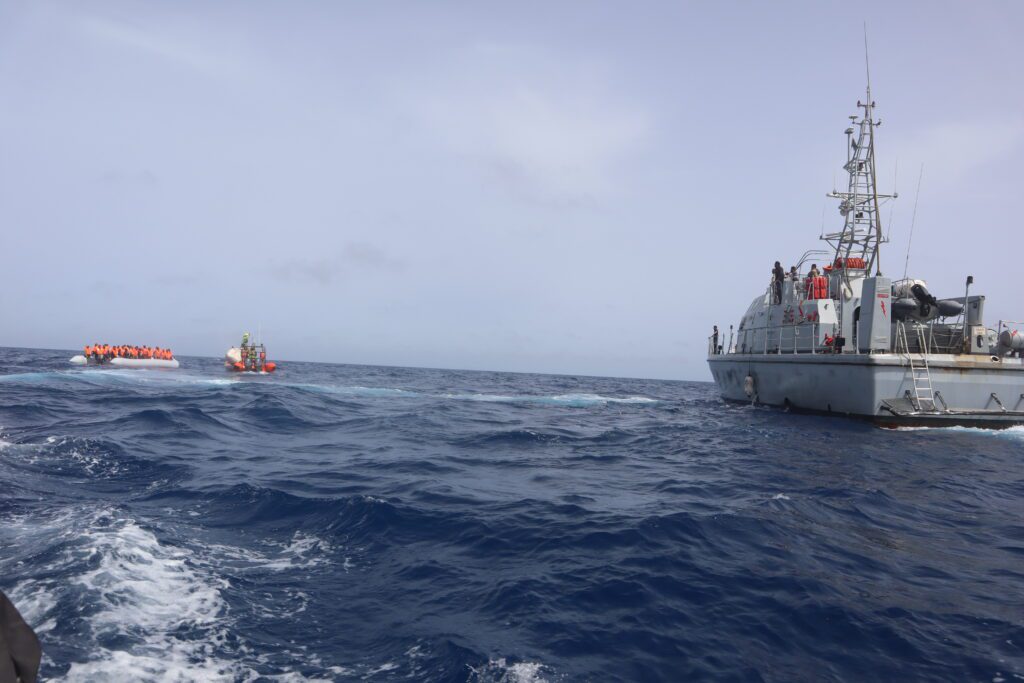 *The name has been changed to protect the identity of the survivor.

** Survivors often refer to “jails” or “prisons” when talking about arbitrary detentions in informal detention centers.