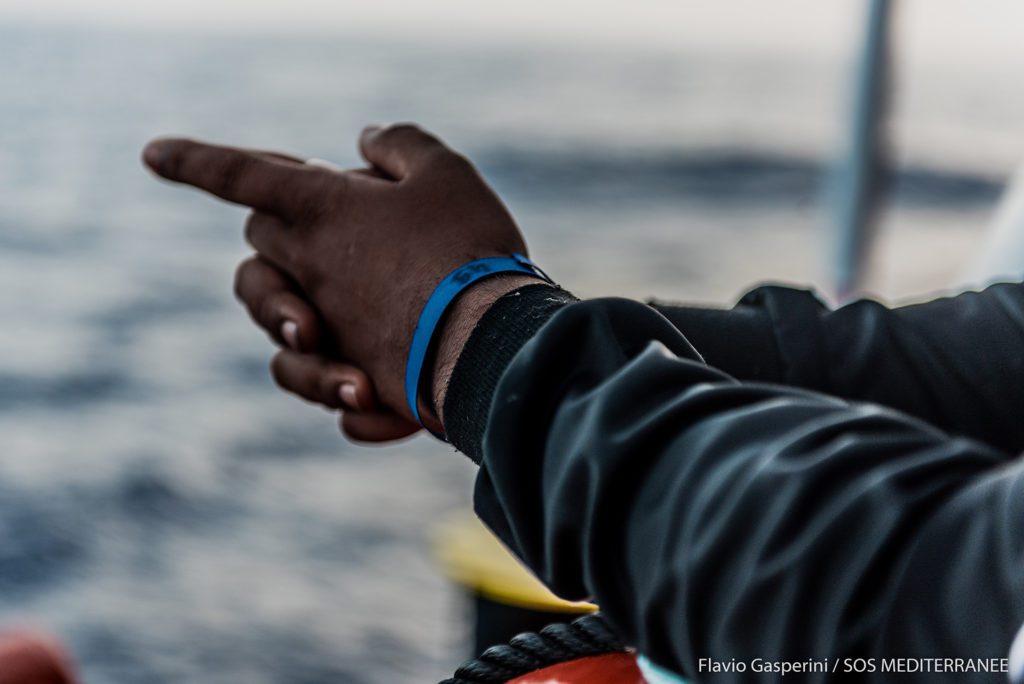 Throughout the 11 days the Ocean Viking spent waiting for a safe port to disembark 180 survivors in the beginning of July, psychological distress became unbearable for some of the survivors. Two of the them jumped overboard and had to be recovered by our rescue team. We reported a total of 6 suicide attempts, a group of survivors threatening to inflict harm on themselves and others, a hunger strike and tensions among some of the survivors. The safety of the survivors and of the crew could no longer be guaranteed. Our request for the medical evacuation of a group of psychologically distressed survivors needing urgent medical assistance was never met. On Friday, 3rd of July, a State of Emergency was declared on board the Ocean Viking – an unprecedented step in the history of SOS MEDITERRANEE. Anne, SOS MEDITERRANEE medical doctor onboard the Ocean Viking, recalls the words told to her by a 17-year-old survivor at the time.

“A young man, 17 years old, explained that he had traveled from Egypt to Libya approximately one year ago in order to find work to support his family back home. After the situation deteriorated in war-torn Libya, he was captured by a Libyan armed group, who kept him detained in very hard conditions, which he was unable to even speak of. His only way to regain freedom was to spend all of his money to his captor and then to pay for a place in a boat to escape from Libya. Just before getting on the boat, he succeeded in contacting his family one last time to inform them that he would be crossing the Mediterranean, a 2- or 3-day journey he thought, and promised to contact them as soon as he would have reached safety. As the doctor onboard, when I first spoke with him about his anxiety, he expressed his worry about not having contacted his family yet, who likely thought that, after many days without news, he was dead.

At the same time, he repeated the importance for him to learn how to read and write. He said that this will be the first thing he will do when he reaches Europe, right after calling his family. For him, learning to read and write was clearly a way to regain dignity and his self-esteem. As days passed onboard with no news of a designated Place of Safety, he became increasingly depressed and anxious, expressing that a darkness took over him. He also shared with me his feeling of failure to support and look after his family, his feeling of being trapped on the ship, with his hope for the future diminishing each day.

When we were finally approaching Italy, he could send a message to his family and he showed clear relief. At the time of disembarkation he was fiercely proud to share to all his friends and the crew of Ocean Viking the first numbers he learned how to say in English, his first symbol in recovering his dignity and regaining control over his life.”