20-year-old Hassan fled from Liberia to Libya via Guinea, Mali and Algeria. He was intercepted by the Libyan Coastguard and sent to detention twice before he was rescued by the Ocean Viking in July 2021.

“This was my third attempt to cross the Mediterranean Sea. I was intercepted twice, the first time was on October 10th, 2020. I was arrested on the 11th and sent to detention in Zliten. I spent three months and three weeks in detention that time, I was beaten massively, I had everything taken from me. We got only half pieces of bread to eat.

Humanitarian organisations came to the detention center twice a week, they gave us phones so that we could talk to our parents, but they can’t release people, it is not in their authority.

From Zliten, I was transferred to a detention center in Zawiyah. To be honest with you, I escaped. I fled along with 150 others, it was a mass escape.

Then I tried crossing the sea for the second time. I was intercepted on February 4th this year and taken to detention on the 5th. Back to Zawiyah again. I spent 3 weeks there until I escaped again, together with three others.

That’s why we prefer to die at sea than to live in Libya. Because there is no other way out. My parents don’t know that I’m alive.”

*The name has been changed to protect the identity of the survivor.
Photo credit: Flavio Gasperini / SOS MEDITERRANEE 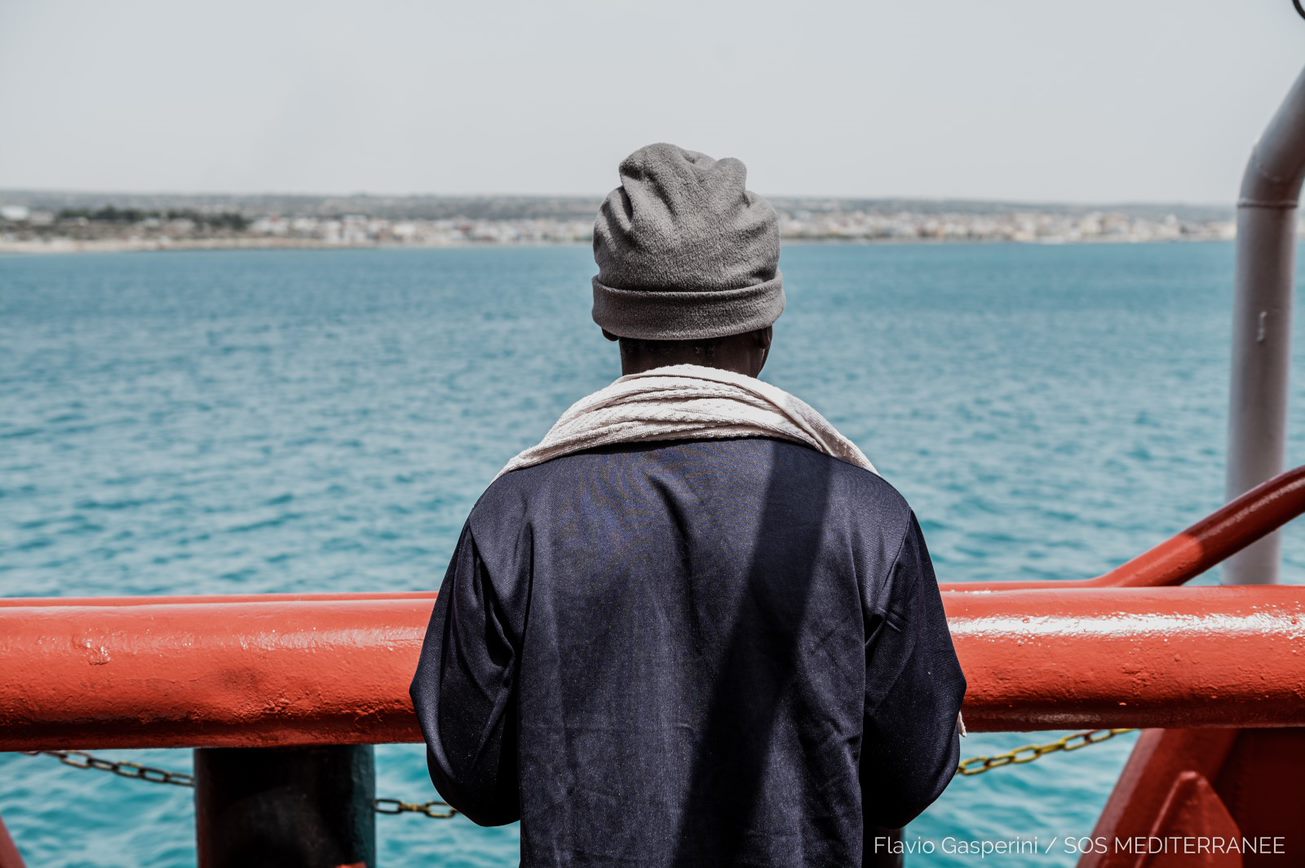