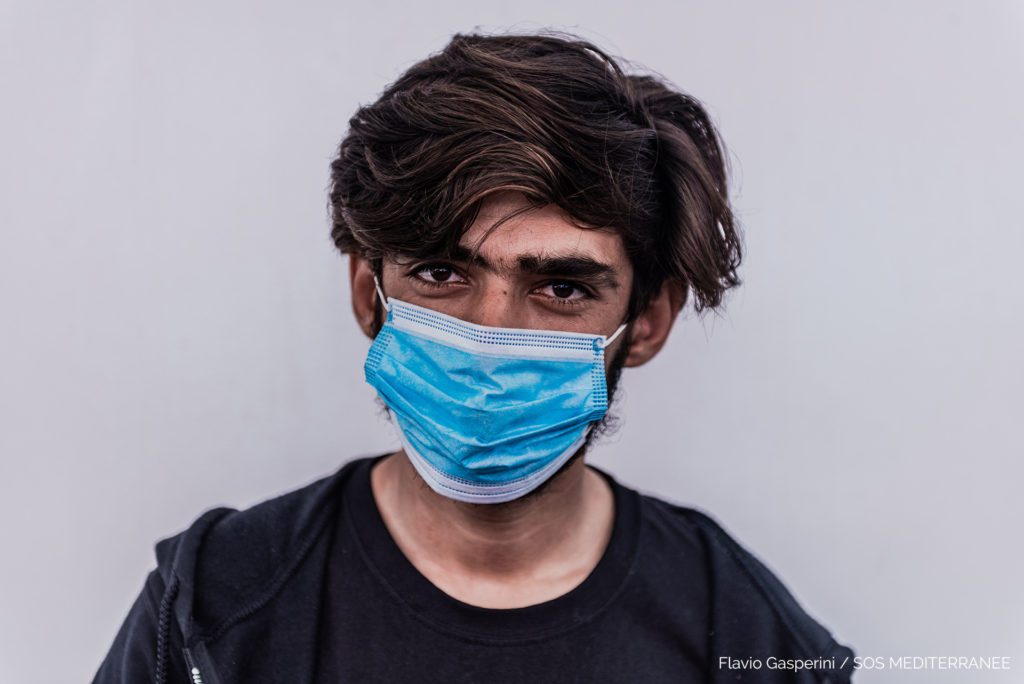 Mohammed is 22 years old. He fled Libya with his brother and two friends on June 23th, 2020. He was rescued by the Ocean Viking after spending two nights at sea on an overcrowded wooden boat.

“With my brother, we stayed 20 months in Libya. We were living near Al-Khums. It was really terrible. This country is so dangerous. At some point, even though it would have been dangerous for us to go back to Pakistan, we were considering this option. It is better to suffer near your family, than far away. And Libya was a constant suffering.

The whole time we spent there, my brother and I worked together in constructions, from 5am until sunset, every day. I was paid 80 Libyan dinars per day (50 euros), and my brother, who was more experienced, was paid 120 Libyan dinars (76 euros).

In Libya, these fake visas are common. With these stamps, you can walk around the city, but you cannot travel to other cities and even less outside the country.

The only way for us to escape this country was to flee by boat. There are no other options.

To not die in Libya, or in the sea, you need a lot of patience and strength. We thought the journey at sea would last 24 hours, but we spent 36 hours and were lost in the middle of the sea. If you had not been there to rescue us, who knows what would have happened.”