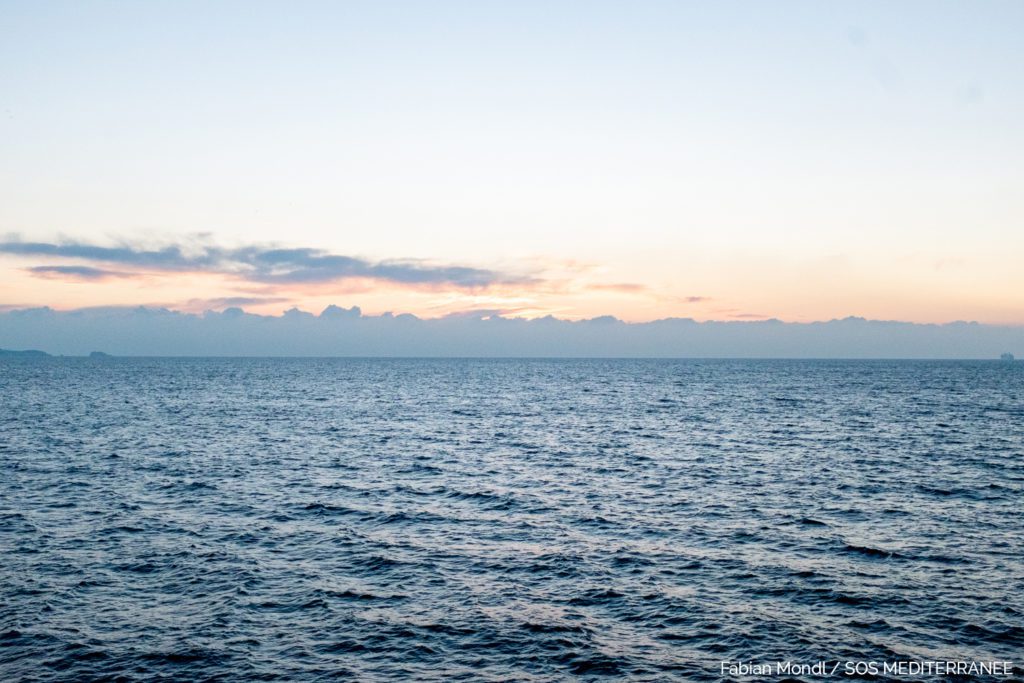 When the Ocean Viking reached port in Sicily to disembark the survivors in January 2021, police officers, officials from the Italian health authorities and Red Cross personnel were waiting on the pier, ready to facilitate the disembarkation. While the sight could have been intimidating to many, 25-year-old Rita* from Cameroon was moved to tears: “All these people have come just for us” she said, holding her sister [1]. A day before, she had shared her memories of the struggles she faced after finding herself forced to leave her home country.

“I had to leave Cameroon for family reasons and because of the poverty that plagues our country. We just decided to go, so at first we didn’t know how to start. But people guided us to the Niger desert.

From Niger, we spent ten days in the desert. On the eighth day, the water was already finished. And there we were attacked by the gangs, the gangs who always wanted to abuse us. They hit us with sticks. And from time to time, there was a group of women and men, but they would separate us, the girls and the boys, to look for the girls. If you didn’t want to go with them, they would start whipping you.

When you get into the car [in the desert], if you have a child, you have to lift up your child, otherwise your child can suffocate in the car. We were loaded like merchandise. They don’t care who screams and who doesn’t. When you scream, they whip you. When you scream, they whip you even with your baby who is crying. If you have a phone or money, they take it all away. They leave you penniless. It was really difficult. Very difficult.

When we left our country, we didn’t have enough money. We made it up to Oran. In Oran we worked for a lady. She didn’t pay us either. There are circles among Cameroonians and other nationalities, we sell clothes, juice, food, that’s how we work. And it was this money that helped us to continue our trip to Libya.

Then I spent a month in Libya. A month in Libya is like an eternity. It was hell. We were in a basement. We couldn’t get out. There were so many of us, we didn’t count. With children. And when a man wanted to make himself comfortable, he would take a girl and do whatever he wanted with you.

To make us get on the boat, they whipped us. They had weapons too. One woman was pregnant, they whipped her until she aborted. My child escaped when we were being whipped there on the beach. I was separated from my son, he was scared, he escaped and they didn’t even let me pursue my child. I hope he is with my sister in Libya.”

***
Testimony collected by Julia Schaefermeyer, Communications Officer onboard Ocean Viking, in January 2021.
*Name has been changed to protect the identity of the survivor.
[1] The testimony of Rita´s* sister Jenny* can be found here.
Photo credit: Fabian Mondl / SOS MEDITERRANEE